Despite its ongoing recovery from Hurricane Maria, San Juan looks similar to when I visited two years ago; at least on the surface, but I’m keen to hear what the island’s residents think. “You know we just had a hurricane” a number of locals, mostly taxi drivers mention to me and the girls. “It was really bad, some people left the island” “…but we’re recovering fast”, “People need to visit Puerto Rico” – this was the most popular sentiment, and I agree.

Along the coastline stands century-old walls of San Juan’s castillos*. From inside of one – Castillo San Felipe del Moro – it’s easy to see whitewashed tombstones in a nearby cemetery, waves ending in a froth of white on the shore, and the cobalt blue expanse of the Caribbean Sea that’s also visible from narrow alleys in the city.

Paint is chipping off the walls of some of the buildings, others look like they’ve just gotten a new coat – striking pinks, yellows, and vivid blues jumbled together. I frame shots and pose in front of these buildings, and wonder how many owners have changed their paint over the years to attract or perhaps deter tourists; trading dull colors for bright ones and vice-versa.

Old San Juan is far from quiet during the day; less so at night. 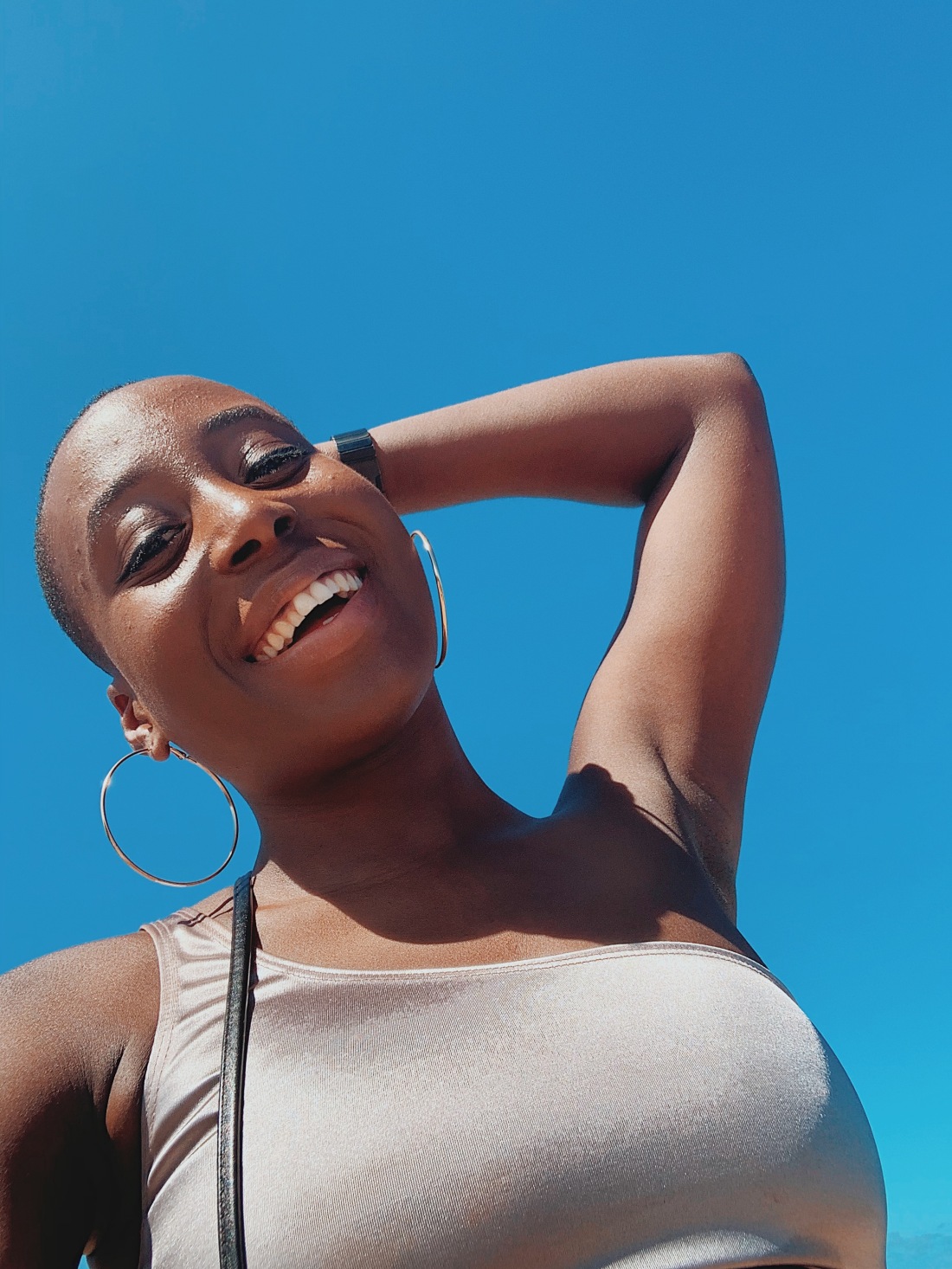 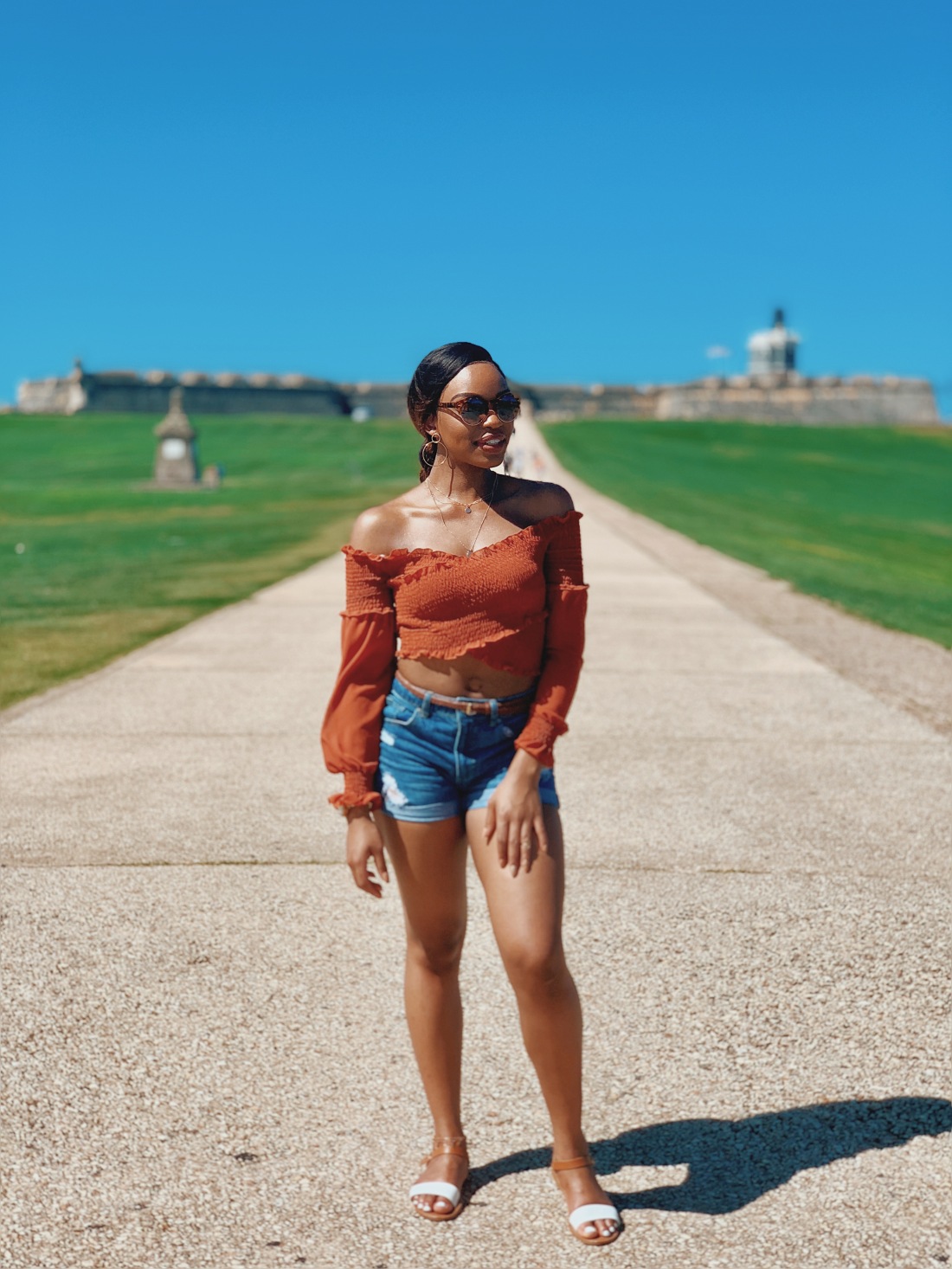 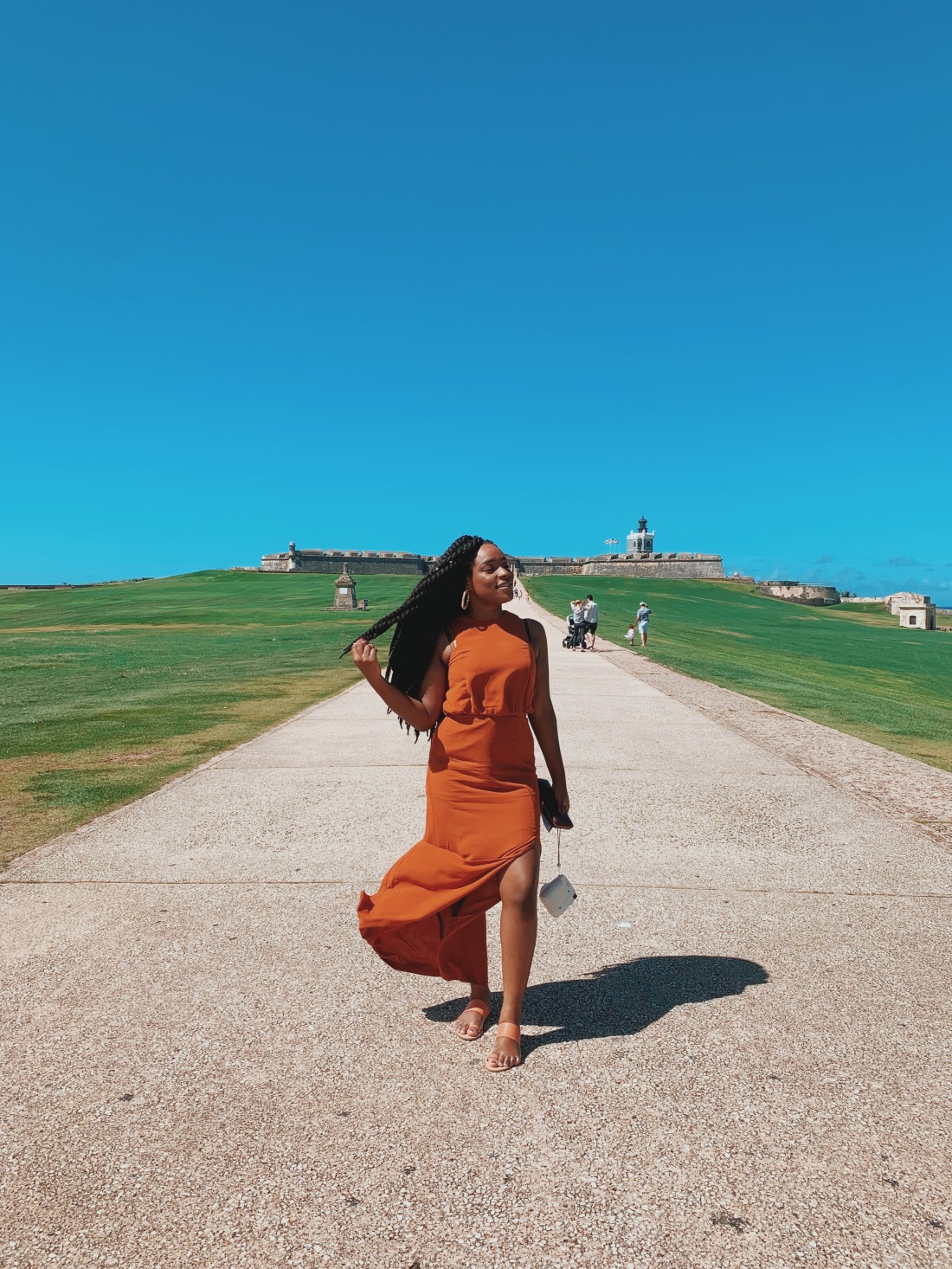 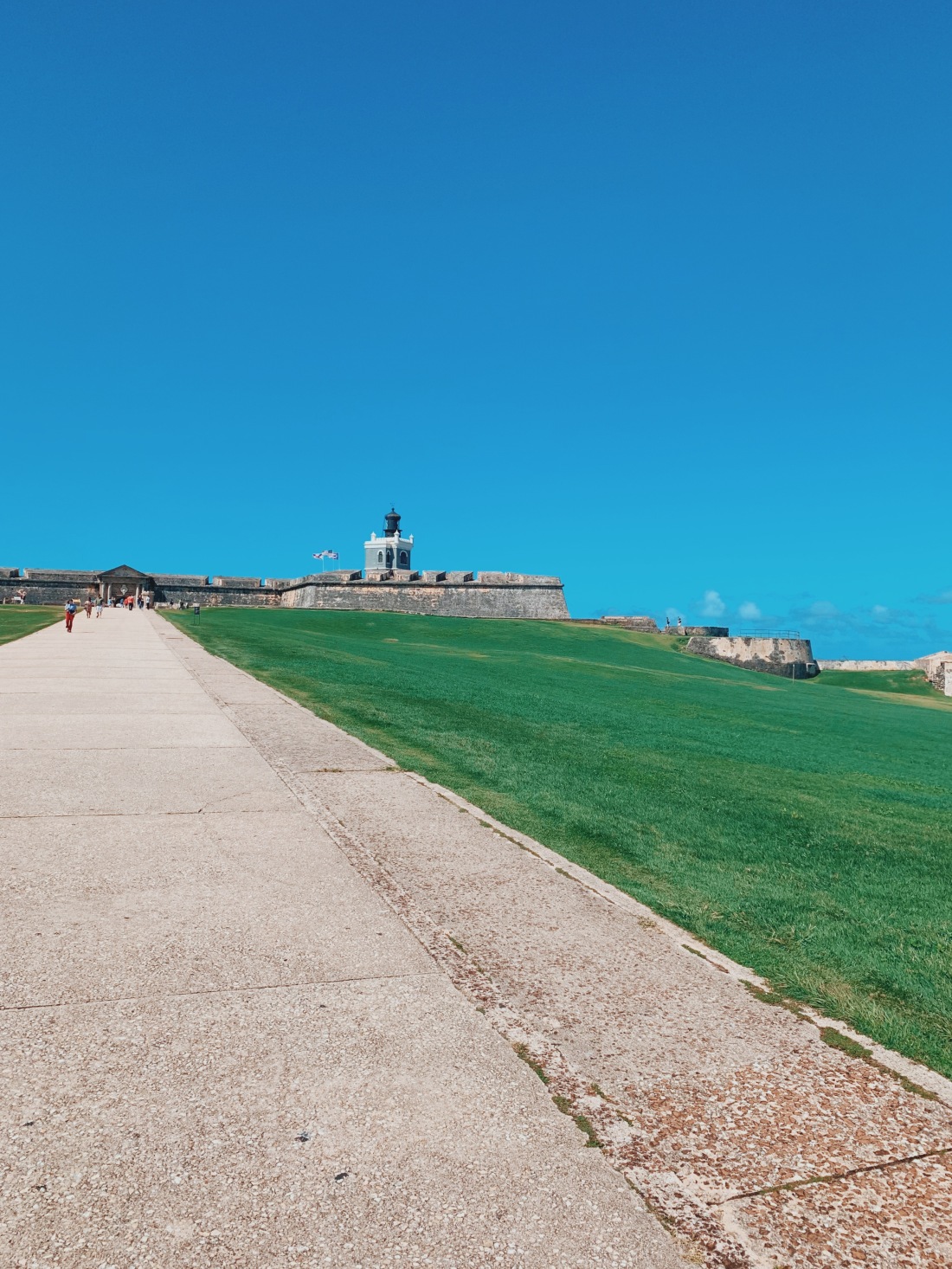 On Calle Fortaleza, a popular street, multi-colored hanging umbrellas create shade from the blistering heat and attract people in droves. The fixture is beautiful to look at, but I suppose pictures last longer. We join in with eager tourists, posing for shots alone, and then together.

At night, more people cram onto grey cobblestone streets. Like us, they’re walking in and out of bars and restaurants. Some linger in groups on street corners, dancing, or chatting. Parties are held both outside and in; the night’s soundscape is heavily infused with reggaeton music.

We drink mojitos made with Bacardi rum (distilled on the island) and down shots of tequila, quickly squeezing lime juice down our throats after to dull the sting. We eat plantain-based mofongo* and crispy tostones*, and sample dishes at Chocobar Cortes where everything – from cake to cocktails and toasted grilled cheese sandwiches – is made with chocolate.

Into the night’s late hours, San Juan is bustling, and we revel in it, the need to sleep is only a dull, inconsequential ache.

Castillo* – translates to castle in English

Mofongo* – a Puerto Rican dish made with fried green plantains, mashed in olive oil, garlic, and salt, often served with meat or seafood.

Tostones* – Green plantains that have been sliced, fried twice and seasoned with salt.

Reggaeton* – a genre of music that originated in Puerto Rico.

You don’t need to have read part 1 before this, but if you want to, you can find it here.

All photos shot and edited on iPhone.