L & C had invited friends over to their home for pizza, drinks, and dessert. As we ate, I tried to follow along with the conversation that eventually became so rapid and filled with novel words that I struggled a bit. Before I could translate a phrase to Spanish in my head, the topic had changed, making my sentence obsolete. Part of me wanted to turn my brain off and look into my pizza lovingly, but who did that ever help? After a few minutes of struggling to join the conversation, I thought it better to practice listening; after all, that’s half of a conversation. So I kept my ears open as our dinner guests spoke, listening to their pronunciations and keeping a mental note of new words, and phrases. At the end of dinner, my head hurt from the strain of translating, 😄 but I know it was worth it.

A few weeks ago, I told our executive director that I’d be interested in living with an Ecuadorian family for about a week and she was able to place me with a family that has a long-standing relationship with the organization.

I had done a homestay (where you live with a family in a different country for a period of time) before this, 4 years ago, when my Spanish was nowhere near what it is now. Save for greetings and the occasional simple phrases, I avoided my host family because I didn’t want to struggle with speaking Spanish.

I was shy, overly conscious of my limited speaking skills, and terrified of making mistakes. I felt that a native speaker would only be frustrated talking to me (the opposite is often the case) so I let my friend do most of the talking and missed out on an opportunity to practice + learn.

Fast forward 4 years, my Spanish is a lot better and I’m generally more confident so I put myself in a homestay position. -2013 me would have never!- Feeling both nervous and excited, I packed my bags, said ciao to my fellow interns and walked with H to the apartment that would be my new home for a week.

I was pleased to meet the beautiful couple – C & L, and even more pleased to find out that my host “mom” (L) would only speak Spanish to me despite knowing some English. Pleased?! 2013 Tiese would be gaping at me if she could.

Despite my imperfect Spanish, L and I spoke often, trading stories about family, culture, and travel. She was patient with me and spoke at a slower pace than I’m sure she’s accustomed to. Where she could, she helped with translations of new words or terms. For this, I was incredibly grateful. C, an English teacher, often asked me to help with pronunciation of English words, and once invited me to lead an English-speaking exercise with his students. When we were all together at home, we had conversations in a mix of Spanish and English. I could get used to this, I thought. 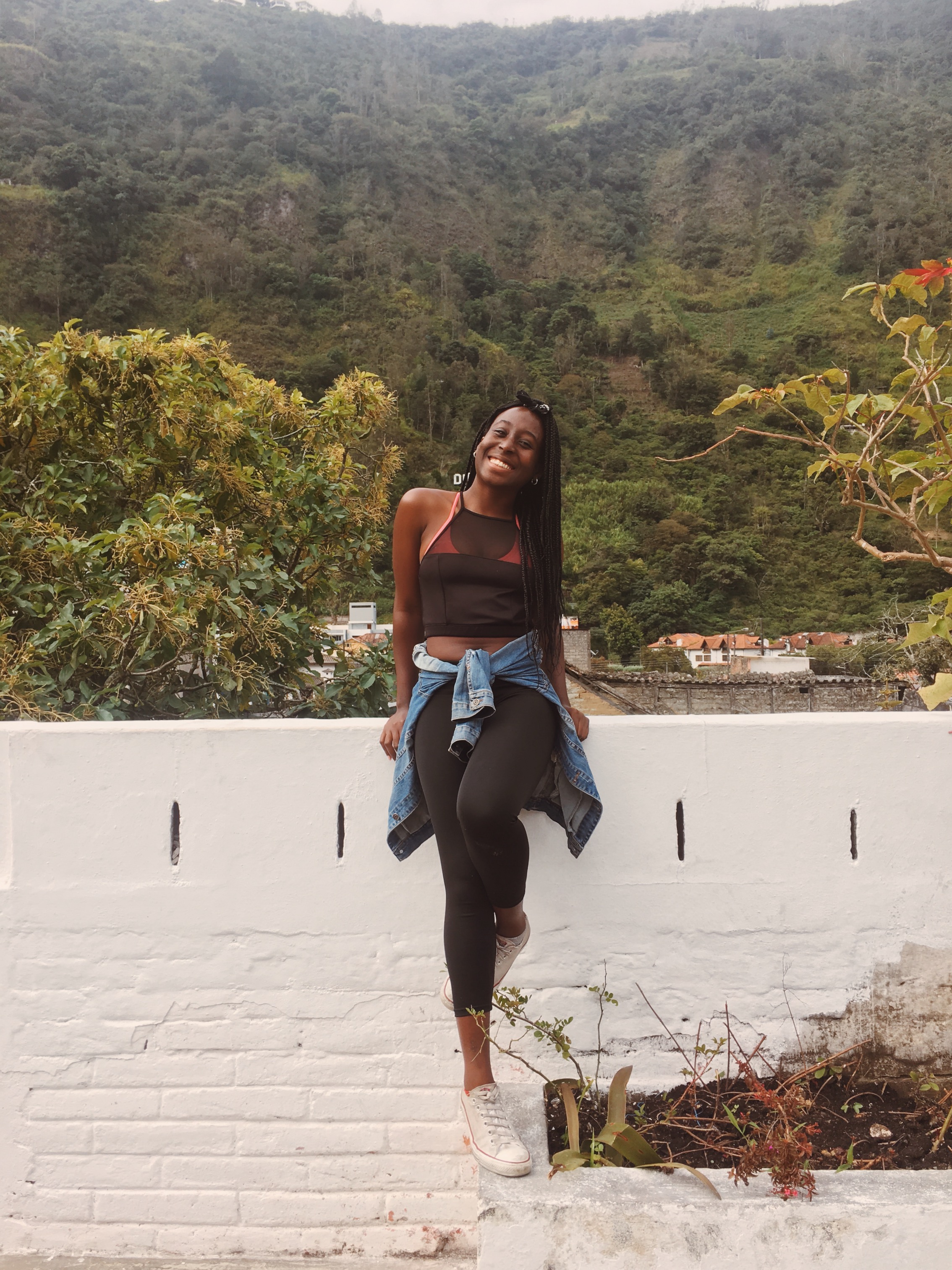 My mind started to wander to where it’s been going since I arrived Ecuador. Do I want to move to a Spanish-speaking country? Would I want to move to Ecuador? I could volunteer, eat an unnecessary amount of maracuyá filled chocolate, work at a hostel or tutor English for money, and [most importantly] become fluent in Spanish; this is one of my life goals.

But my daydreams were (as they often are) cut short by reality – except the maracuyá + chocolate one, I’m taking those home with me. I’m not giving up on my dreams, that’s for sure, but sometimes timing is important. So I’ve promised to allow myself time and patience to work towards them. Hopefully, with time, I can watch them come true.

Highlights of the Week