I buried my nose deep into Trevor Noah’s Born A Crime as the bus sputtered and stopped for the third time in less than 10 minutes, intent on ignoring the fact that we would not be arriving D.C at 10pm like we were supposed to. In my usual way, I started to think of the domino effect of arriving later than planned and then stopped myself short. There was no use.

3 hours later than scheduled, (1am), we arrived at D.C’s Union station. Not by our jalopy of a bus, no. A new bus picked us up from the shoulder of the highway. My last visit to Union was over 4 years ago, but everything looked so familiar, it felt as if I had been there last week. Like when you come home after a few days away and find your room the way you left it, maybe a comb on the bed or a tub of lotion half open; familiar. Once I got to my host’s apartment, I was so exhausted that it didn’t take me long to fall asleep.

I knew I had only a few hours to see anything in D.C, so like a person who doesn’t want to get hurt or disappointed, I managed my expectations and planned to visit just three places – The Tidal Basin to see Cherry Blossoms, MLK memorial, and the Washington Monument – and Astro Donuts since it came highly recommended. What I didn’t know was that 2 out of the 3 places I wanted to visit were in the National Mall – a hub of museums and monuments all walking distance from each other. The plan changed from 3 stops to 5.

That afternoon, it was cold enough to numb fingers if they were left out too long, but the day was beautiful. Sunshine, clear blue skies – cliché, just how I like my days. On the streets, a large crowd of people with home-made signs protested gun violence outside the Capitol; which was probably why most of the attractions weren’t crowded.

Fun fact: All the monuments and museums are free to visit except you want a guided tour.

This place is HUGE. My boyfriend and I visited a few rooms we found interesting but decided to cut our history lessons short when we realized we could easily spend the next 2.5 hours in this building. Plus, neither of us particularly cared for an American history lesson.

The one MJ (from Spiderman: Homecoming) claims was built by slaves. This was all I could think about as we approached the famous structure. Whether or not it was built by slaves is not clear from my research, but I say someone is hiding something. The monument was built in commemoration of the first President of the United States – George Washington, hence the name. At some point, like all tall buildings apparently, it was the tallest building in the world.

Ah, finally some history I was interested in. The change in demographics here was stark. At the first museum, most people who walked in were white, but here, black folk and their kids roamed the rooms. The words of black poets and music of black artists played from different rooms while kids practiced stepping on interactive dance floors. My favorite room here was one dedicated to food and pop culture. 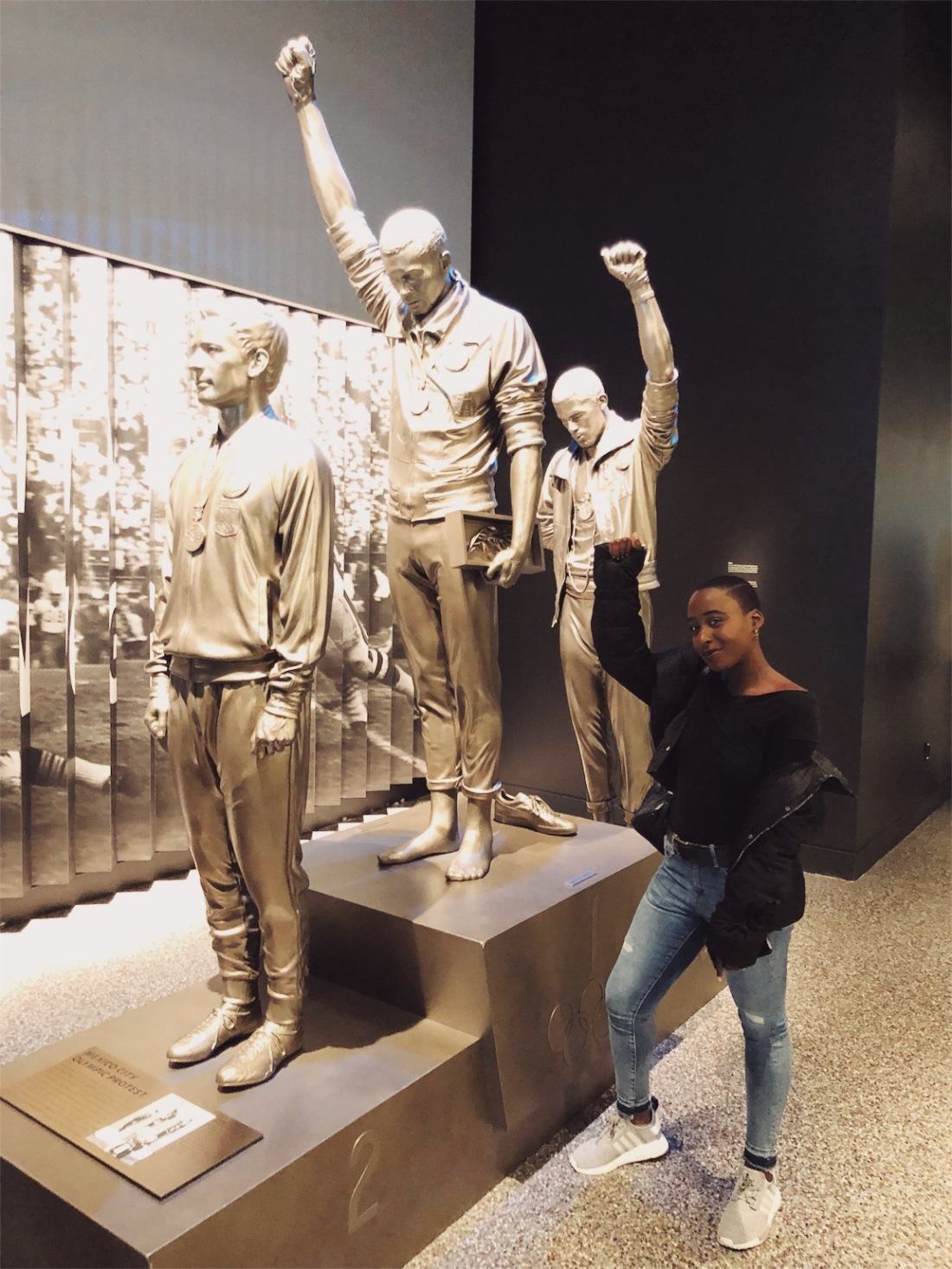 I learned about the slave who was head Chef in the White House and the history of street vendors also called hawkers or hucksters (much like the ones you see in pictures from travelers to Cuba, Colombia etc.). I could relate to the gesture wall that displayed cultural symbols and their meanings, and I loved the quotes written around the room. This one – ”God created Black people and Black people created style” was my favorite.

We visited Astro Doughnuts for cake donuts and fried chicken. Yes, from the same place though we didn’t eat them together. I don’t know what they put in their chicken, but it’s THE most delicious fried chicken I’ve ever had. Their creme brûlée cake doughnut (the most popular flavor) is decadent. A line outside the door is to be expected.

I felt uncomfortable here, not because of the history of the Holocaust which is chilling enough to make anyone uncomfortable, but because the museum felt more like a memorial, like sacred ground. This caught me unawares. I expected to walk around and get a history lesson to add to what I already know. Instead, I was fixated on how quiet it was. There were walls with names honoring those who had died and visitors walked around somber and silent. 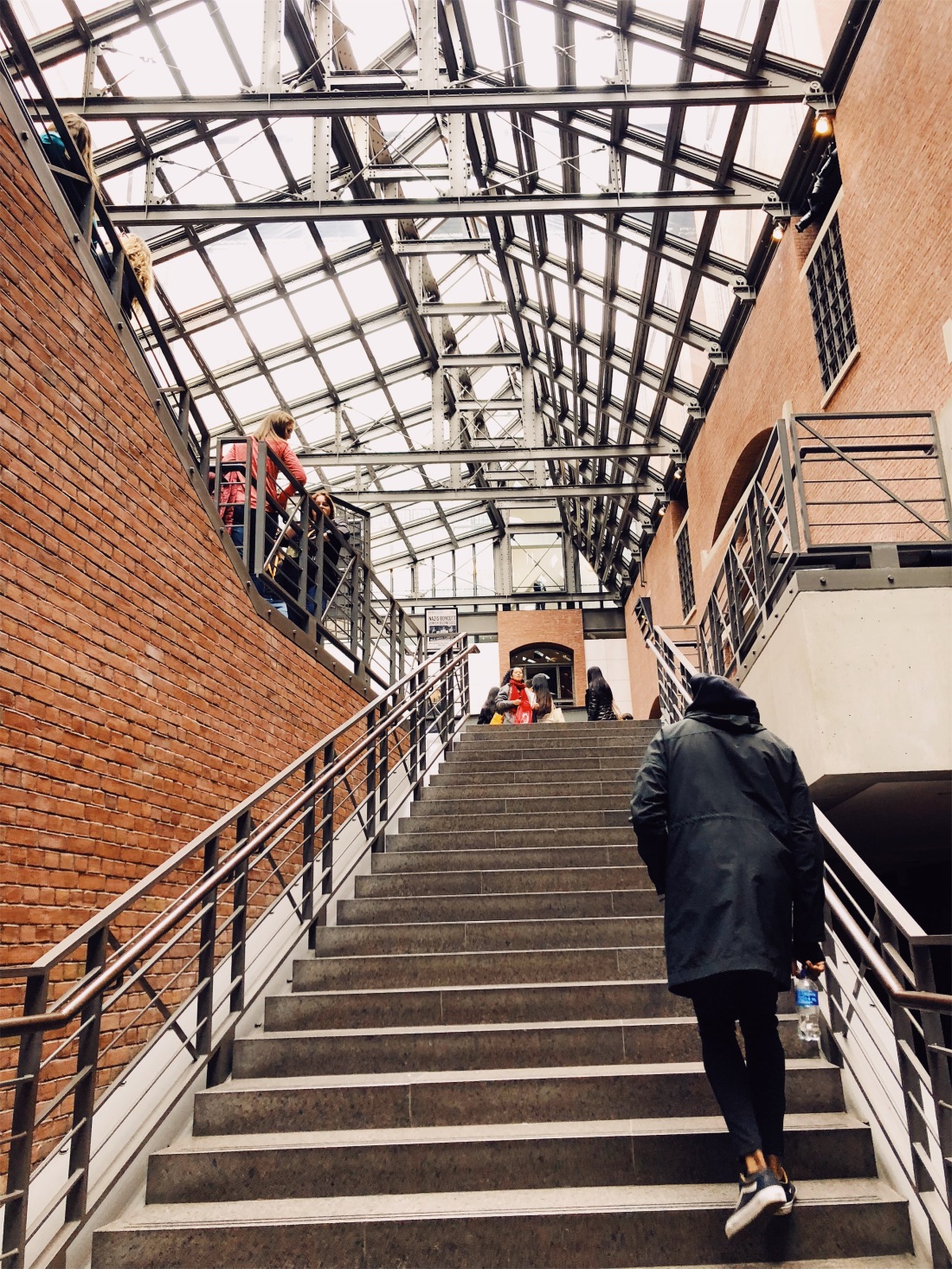 Before we left, we visited a children’s exhibition that shared pages from the diary of a young boy (Daniel) who lived during the Holocaust. The pages were spread around rooms made to look like the places described in the diary. You’re supposed to feel like you’re walking through Daniel’s life. The language was simple enough for a child to understand, and not overtly frightening. However, I felt disheartened that anyone let alone a child had to live through the horrors of the Holocaust.

Here I hoped to see rows of trees bursting at the branches with pink or white cherry blossoms, but all I got were flower buds. Now, 2 weeks after my departure, all the trees are in bloom. If I didn’t hate global warming before, I do now. 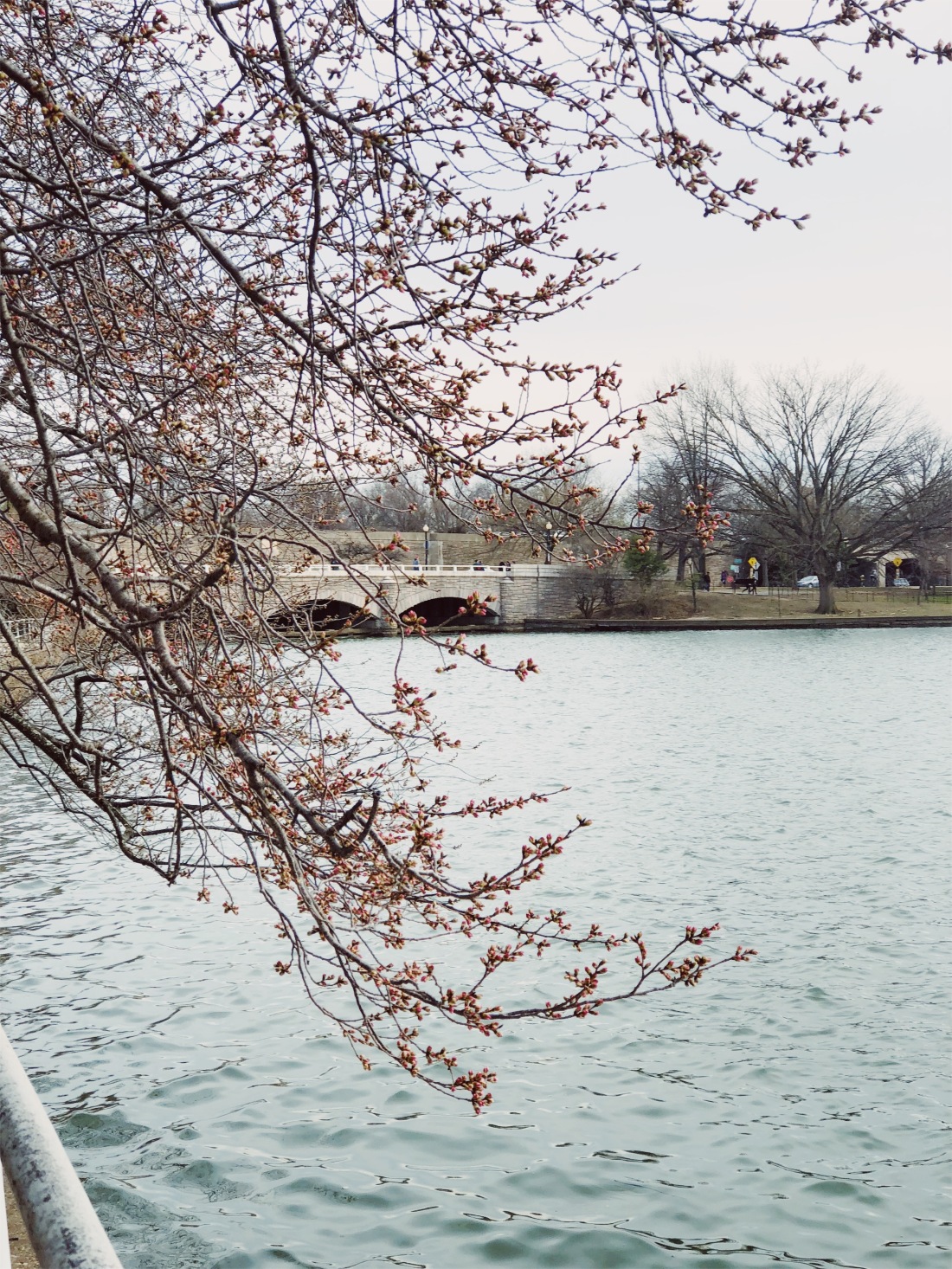 I shot photos of the non-flowering trees nonetheless. Their juxtaposition against the Potomac River with the Jefferson Memorial in the background was picture worthy, blossoms or no blossoms. Just as the sun started to set, we ended our day tour with a walk to the Jefferson Memorial. From the steps, we could see the Washington Monument.

I didn’t make it to the MLK memorial which makes it the second time I’ve missed an opportunity to visit. The first time was in Atlanta. Third time’s the charm, maybe? D.C is one of those cities that I see myself living in. Even if this doesn’t happen, I want to visit again. It’s a short, convenient jaunt from NYC/New Jersey. Well, provided no buses break down.

Have you been to Washington D.C? What did you get up to & what should I do or see next time? Leave me a comment to let me know!

thank you for reading.