At Home in Cartagena.

I tend to get this feeling when traveling in Latin America; like I left one home and stepped right into another one. Not because of the obvious hospitality in these countries, but because of how much life there is reminiscent of my life in Nigeria. Although I no longer live there full time, Nigeria is and will continue to be my home, a place I couldn’t help remembering as we landed in Cartagena’s Rafael Nuñez International Airport.

Just like when I arrive in Calabar, Nigeria after a year away, I walked off the plane in Cartagena onto a tarmac that led to a small single level airport. As we walked the 2 minute trip to the hotel, the line of yellow taxis and drivers soliciting rides (sometimes 4 of them in your face at once), hit a nerve. The chaos was familiar.

An uneven and rocky sidewalk led to the street our hotel was located on – Calle 70. To the right of us was an open-air bar whose roof displayed ads of the local beer on blue tarpaulin. Plastic blue chairs lined as many tables as would fit into the space and Spanish music blared from the speakers. Across from the bar was a street food vendor selling a popular Colombian snack – Arepa: Fried corn flour that often has cheese or some kind of meat in it – delicious if you get it from a good place.

Checked in, bags dropped, we readied ourselves to hit the town – hunger was the only motive as neither of us had eaten on the 2.5 hr flight. When an attempt to use Uber failed, we opted for the ubiquitous yellow taxis whose business Uber had clearly not affected badly, to take us to La Cevicheria where we indulged in paella as street acts entertained us. There was freestyle rap, singing, and then one enthusiastic Michael Jackson impersonation to wrap up the night.

Tip: Taxis are the same price as, or cheaper than Uber, so save your data and take a yellow taxi.

The next day, on our walking tour of the city, hosted by Free Tour Cartagena, the similarities between Cartagena and Calabar were even more apparent. Vendors sold wares on the street, and called out to you as you walked by in an attempt to sell the day’s goods. Fruits, selfie sticks, clothes, and Colombian flag colored curios littered the streets. But, the brightly colored Spanish style buildings definitely broke the spell. 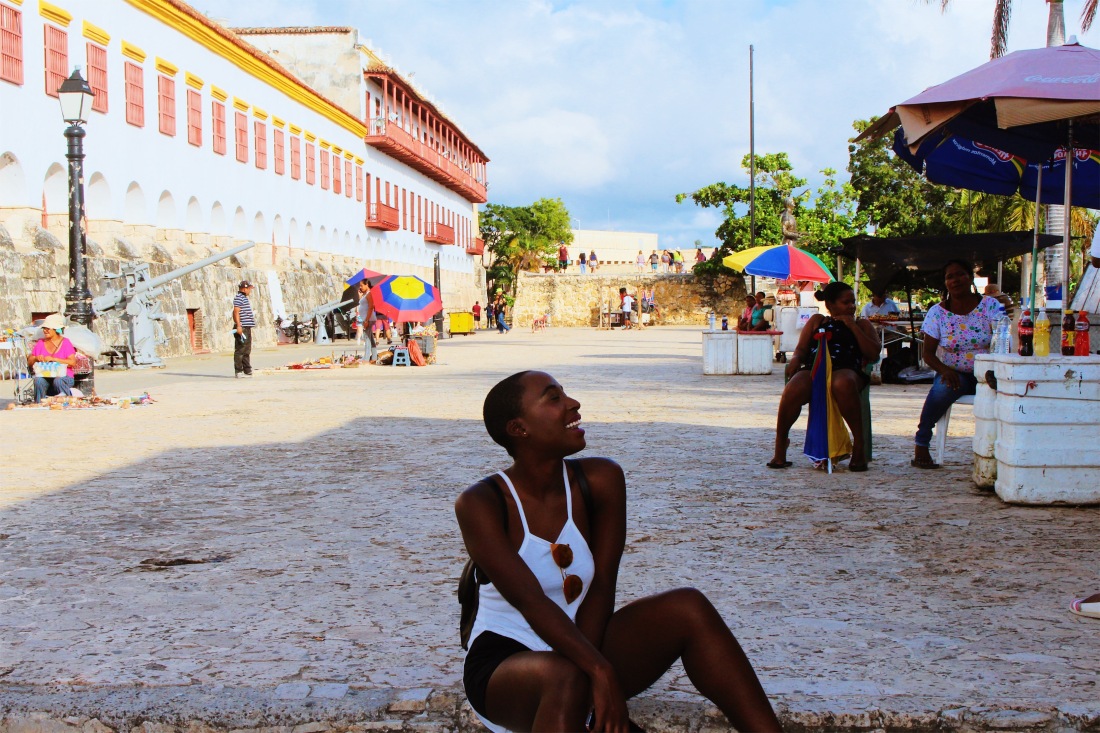 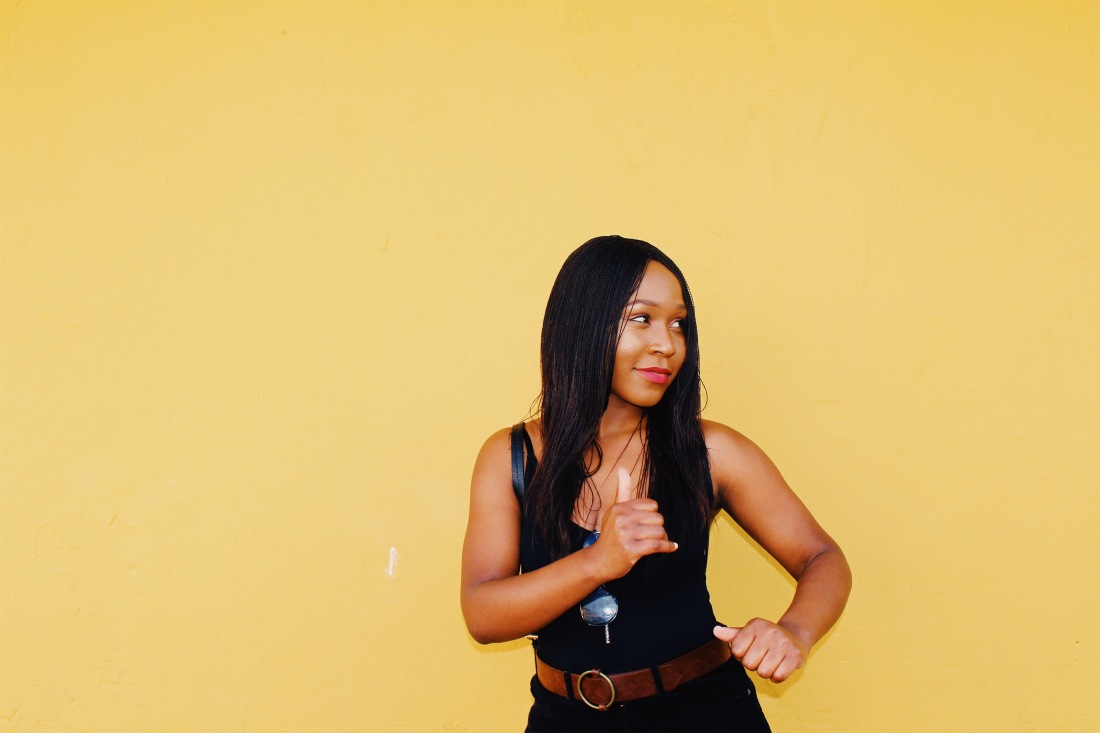 Our tour guide Manuel was a well of knowledge and although the tour was lengthy (2hrs+), we learned a lot about the walled city (Cartagena is called this because of the wall that surrounds part of the city). 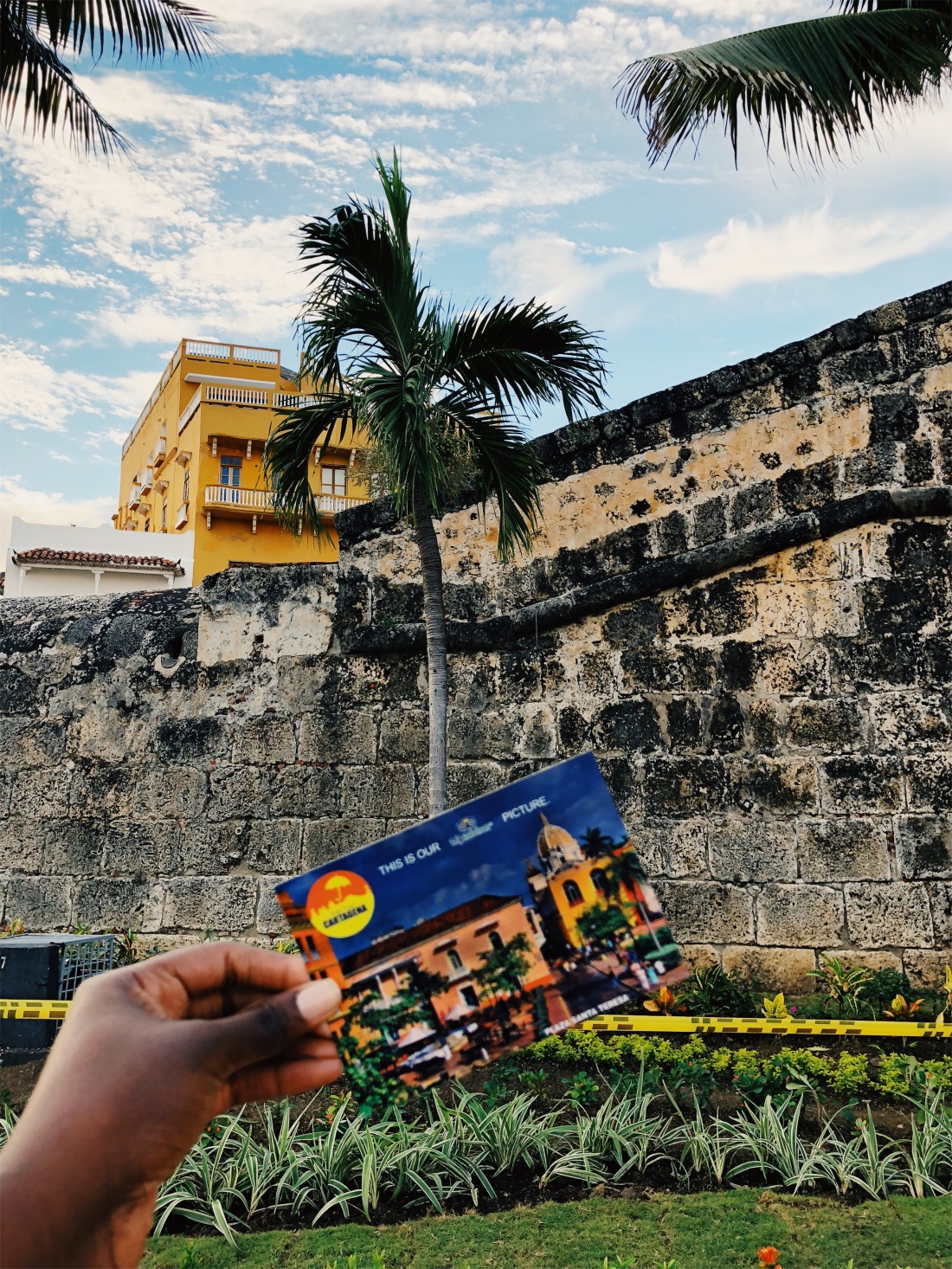 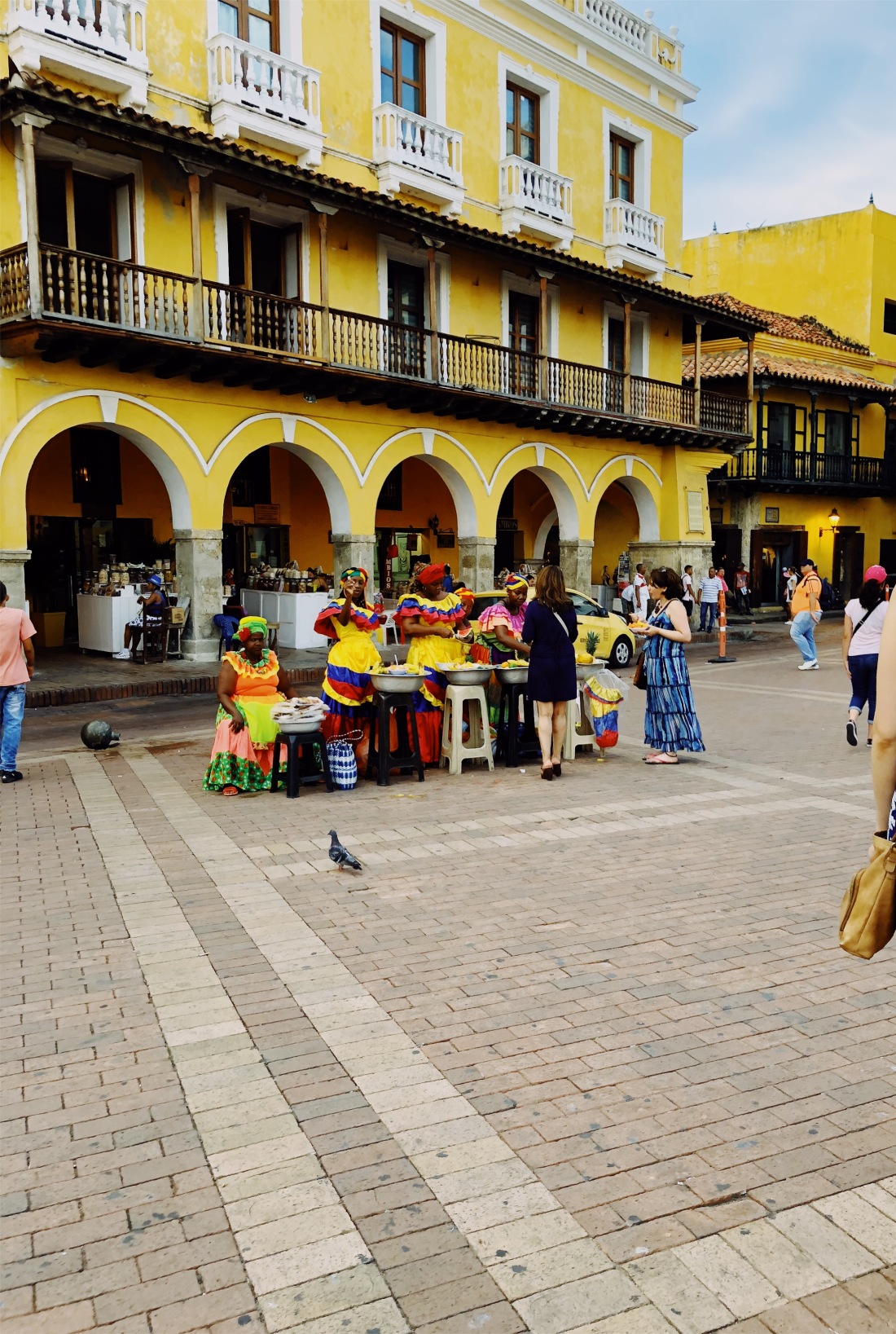 Fact: The black women you see in colorful dresses with fruits on their heads or in their hands descend from slaves who once sold the same items but had to give all their earnings to their masters. Now the women who still do it, sell their fruit all over the city, and do so not just to earn money but as a symbol of freedom. You can’t miss them on the streets and they might call you over for a photo, but I don’t know if that photo would be free. 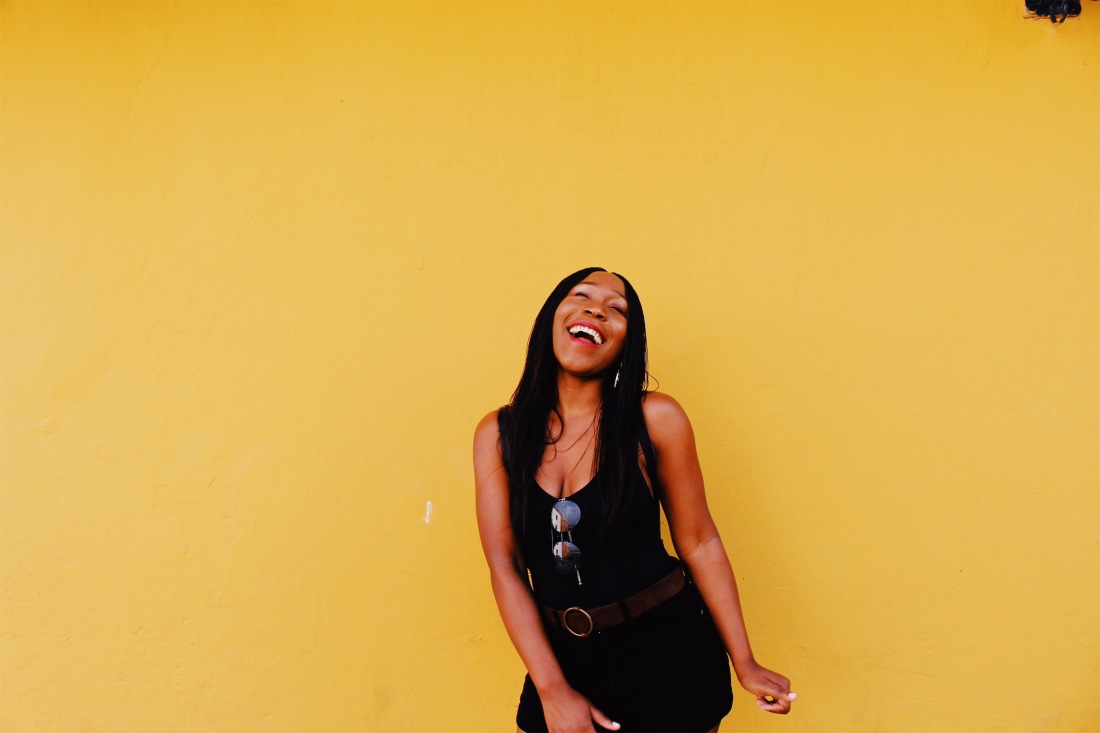 Famished after the 2hr tour, we grabbed dinner at Restaurante Candé which serves up typical Cartagenaran cuisine. The arroz con coco (coconut rice) was delicious but there was a full crab on my plate -eyes and all- and I just couldn’t bring myself to eat it, neither could my sister. If I need more than my hands or basic utensils to eat food, you can color me lost. 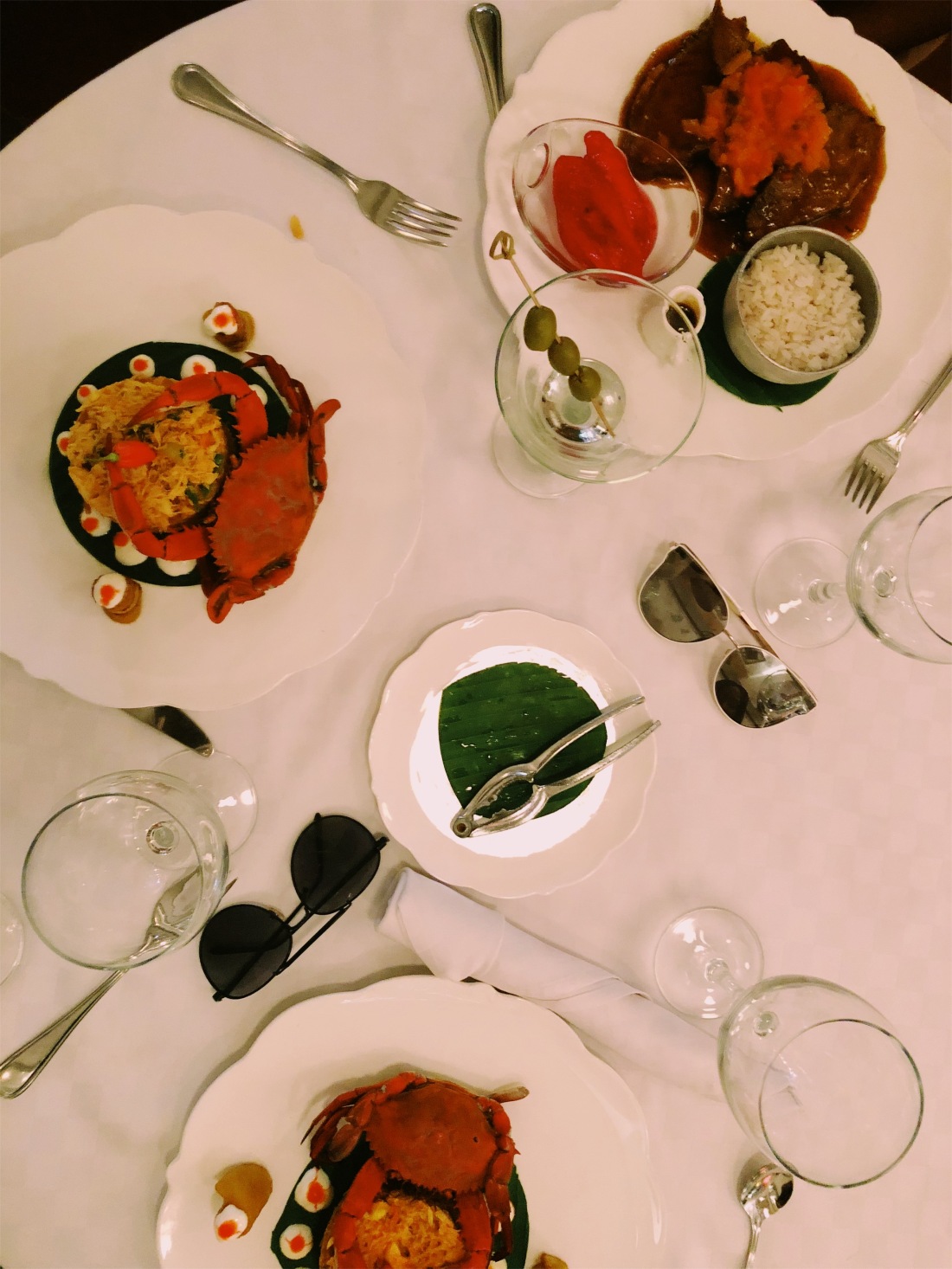 Where you could not have found me lost or confused is on the dance floor at Bazurto where we ended the night dancing to some of our favorites as well as sounds that were new to us like traditional Champeta music.

It was on this night that I found myself on a stage with other women competing in a dance-off. The prize: getting to dance Champeta with this guy who I’m guessing was an expert. If you’d like to watch some footage from that night, this is the link to my sister’s Colombia Vlog. Should you find yourself in Cartagena, chances are someone will direct you to Bazurto. It’s different in the sense that you won’t hear the Latin Top Hits all night. Instead there’s a fusion of modern sound with traditional Afro-caribbean sound.

Cartagena was new but also familiar, like home often is for me. I come back after a year away and things have changed but some things stay the same. Some things just remind me that it’s home.

*Free tour Cartagena is a privately run service in Cartagena that offers historical walking tours in both Spanish and English free of charge. A tip at the end is often welcome.

Thank you for reading.