A Forest of Clouds

Another week, another part of this country ticked off a list I never had. If you had told me in May that I’d get to see this much of Ecuador, I would have asked you where the time would come from.

Between our often busy weekly schedules and my graduate research project, I didn’t expect to travel as much as we have over the past 7 weeks. For such a small country (smaller than the state of Nevada in the U.S), there is certainly not a lack of [diverse] places to see.

If you’re planning a trip to South America, don’t write off Ecuador – especially if you want to get more “bang for your buck”.

A few weeks ago, we traveled for approximately 3hrs by bus to what is commonly known as the Cloud Forest in Mindo, Ecuador. Apparently, cloud forests are a thing, like rainforests, and not just a fun name to attract tourists. They’re named for how common it is to see clouds at low levels. Seeing this first hand was incredible. I felt like touching the clouds was a possibility; though it wasn’t one I attempted. 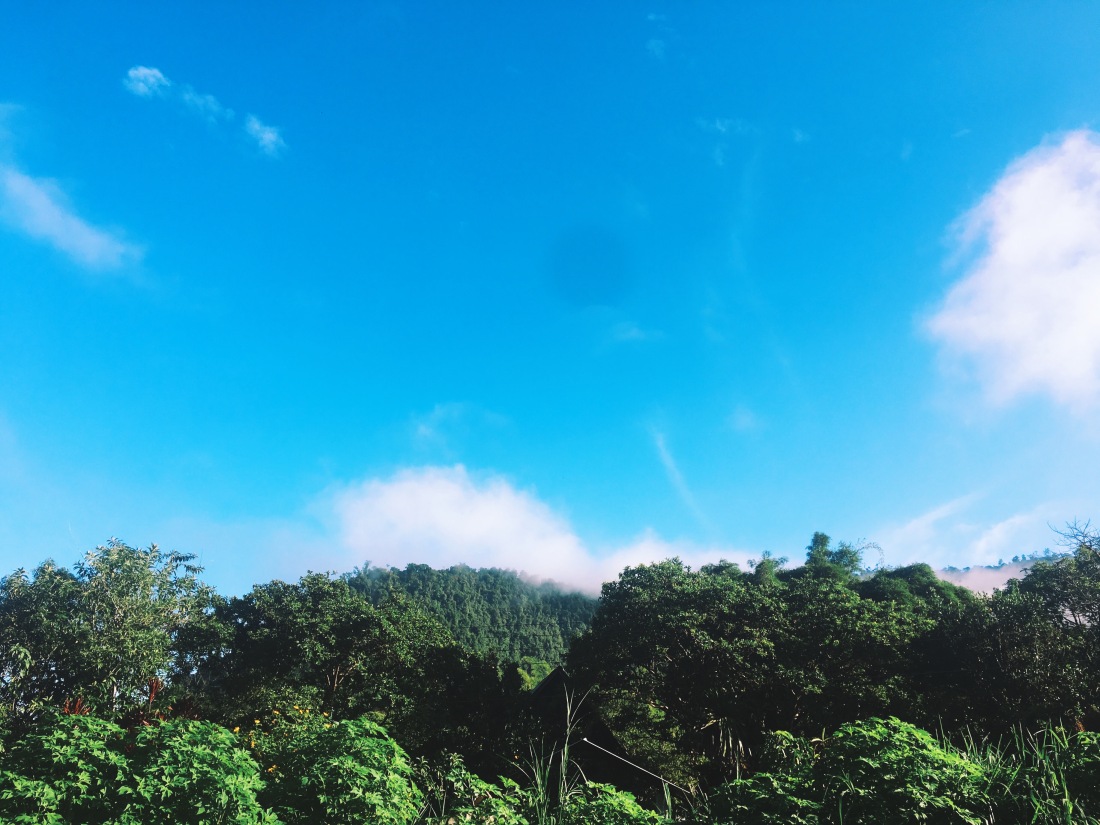 Similar to Baños, Mindo is a small city filled with rustic looking hostels, artisan shops, and stands – where I haggled for jewelry – a restaurant on every corner to feed hungry locals and tourists, and several fun activities.

We stayed at Hostal Cecilia, a wooden cabin tucked into the trees at the end of a dirt road. Next to the outdoor space that served as a breakfast spot was a small river and a stunning view of the cloud covered mountains. Almost every inch of the outdoor space was covered in plants of varying types; so much that you got the feeling of being in a garden. 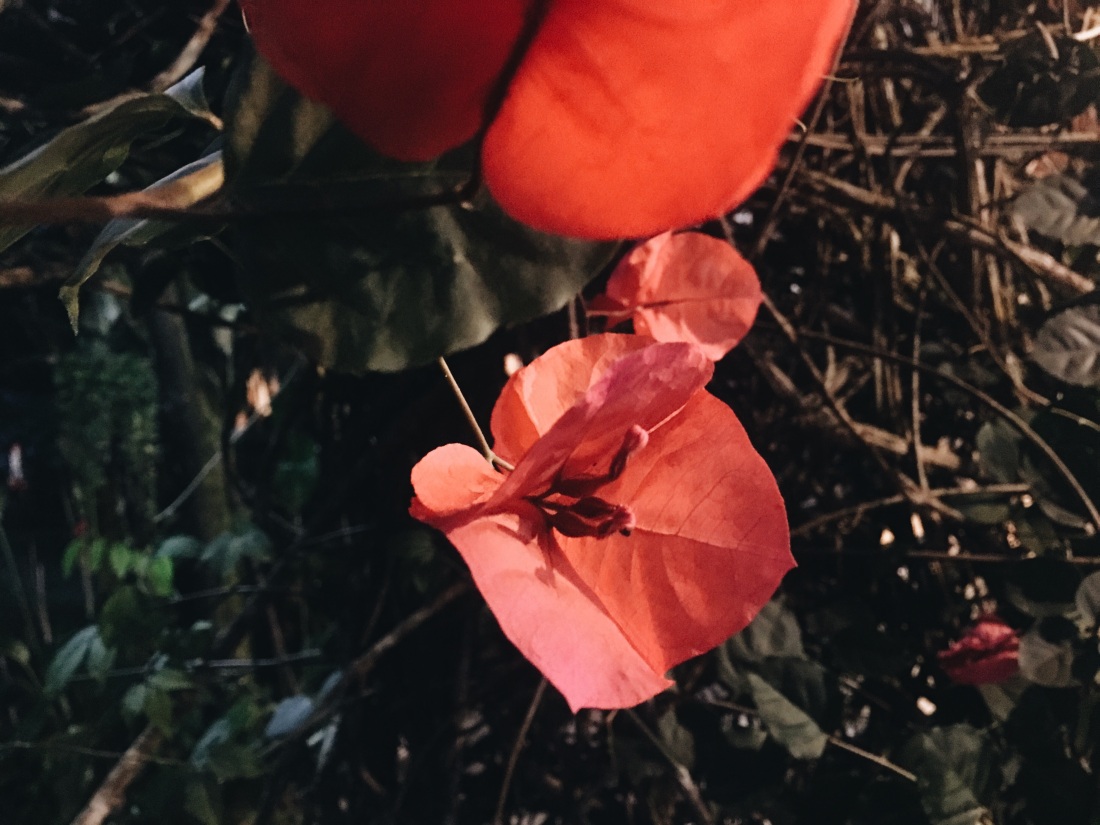 For our first day, we hopped into two taxis [read: trucks] headed for the tarabita. A tarabita here is like a cable basket that carries people, and it took us across the trees to where we would start our waterfall hike.

There were 5 cascadas [waterfalls] to see on this hike but I only made it to two because I had orders from the doctor not to raise my blood pressure for at least 8 days. I was only on day 4.

The waters were refreshingly cool and clear that I couldn’t help taking off my sneakers to dip my feet in. I would have dipped my entire body in had I brought a bathing suit with me.

On day 2, we split up based on our differing interests. Some of the crew went to a mariposario [butterfly house] while M & I chose what became one of my top 5 favorite experiences in Ecuador – the chocolate tour. 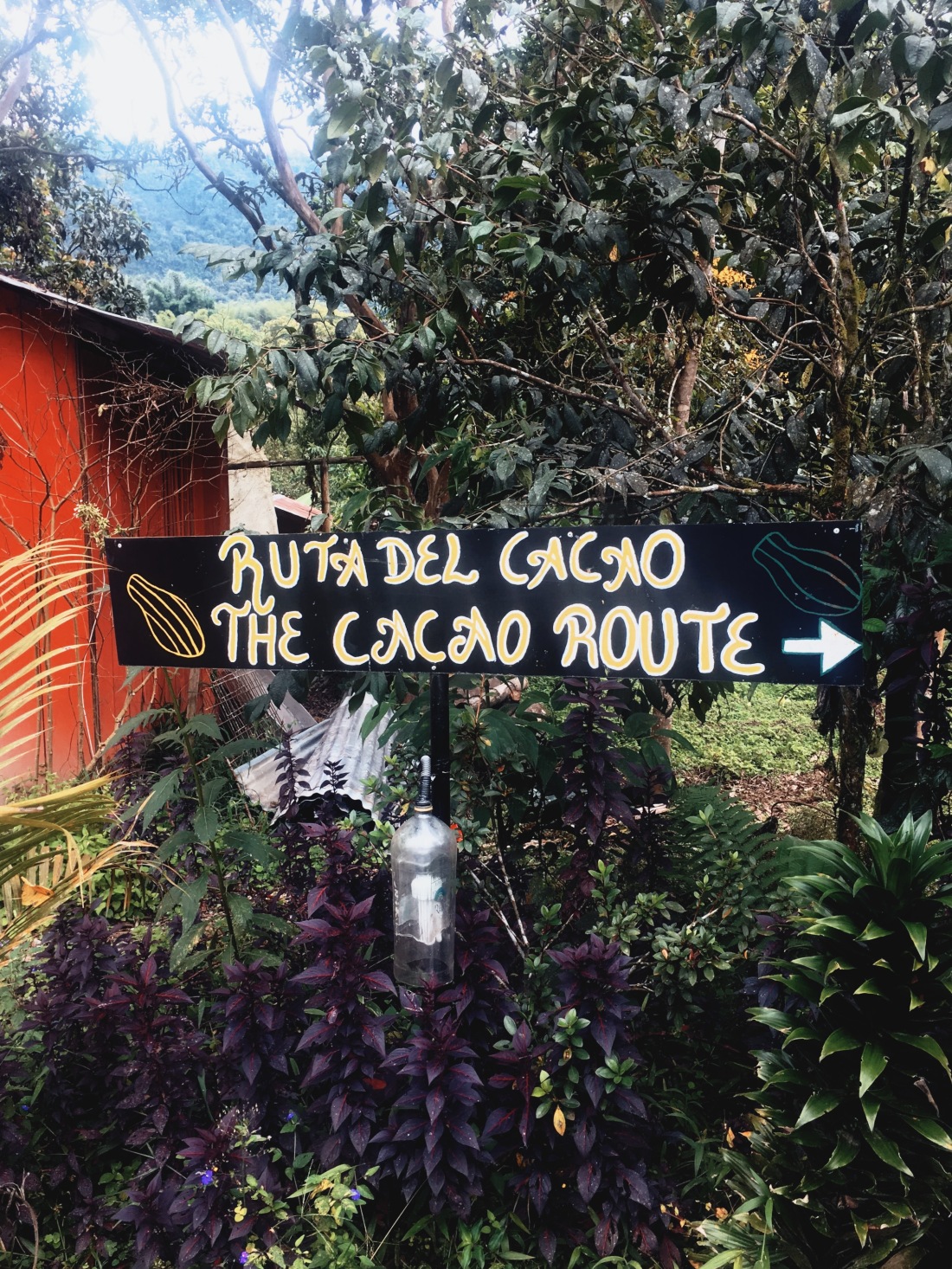 To be honest, I underestimated this so much that I wasn’t even going to do it. In fact, had it not been too chilly to tube down the river, I wouldn’t be writing about a chocolate tour.

If you’re a choco-lover like me, Mindo will be incredibly satisfying for your taste buds.

We got a tour of the artisanal chocolate factory to show us how cacao becomes chocolate, and then we were given an opportunity to try so much of said chocolate, in so many different forms that I ran out of ways to describe how great everything tasted. From liquid chocolate to cacao syrup, tea, and brownies, it’s safe to say we had our chocolate fix.

This isn’t Kit Kat or Twix y’all. Artisanal chocolate from here has nothing more than cacao, sugar [no sugar in 100% pure chocolate bars] and whatever flavors are wanted like ginger, coffee and chili; all of which are grown in-house.

I returned from Mindo with 2 bars of artisanal chocolate, cacao butter, cacao flavored artisanal beer and cacao tea. If I wasn’t worried about how everything would fit in my suitcase, I would have bought more!

Have any of you visited Mindo? been on a chocolate tour or risked your life in a cable basket? haha! If you haven’t, which of these would you like to do? Leave me a comment to let me know!