My Californian Summer: The Final Part

The places I visit are more than destinations, they’re images, feelings, relationships, memories. With every trip, there’s a new deposit, another plethora of memories. Some, I’d sooner forget, others I’m happy to reminisce on and share with all of you. My time in California falls into the latter category.

Palace of Fine Arts: Photogenic. Within the palace arches, people stood with cameras around their necks and phones in their hands, directing shots and testing out different camera angles with the hopes of taking virtual reminders of the palace home with them. I was there for the same reason. I walked the grounds, looked for lighting that would flatter my photos, composed shots, admired the stark contrast of lavender flowers on the nude palace walls and silently planned for this to be my future wedding venue. 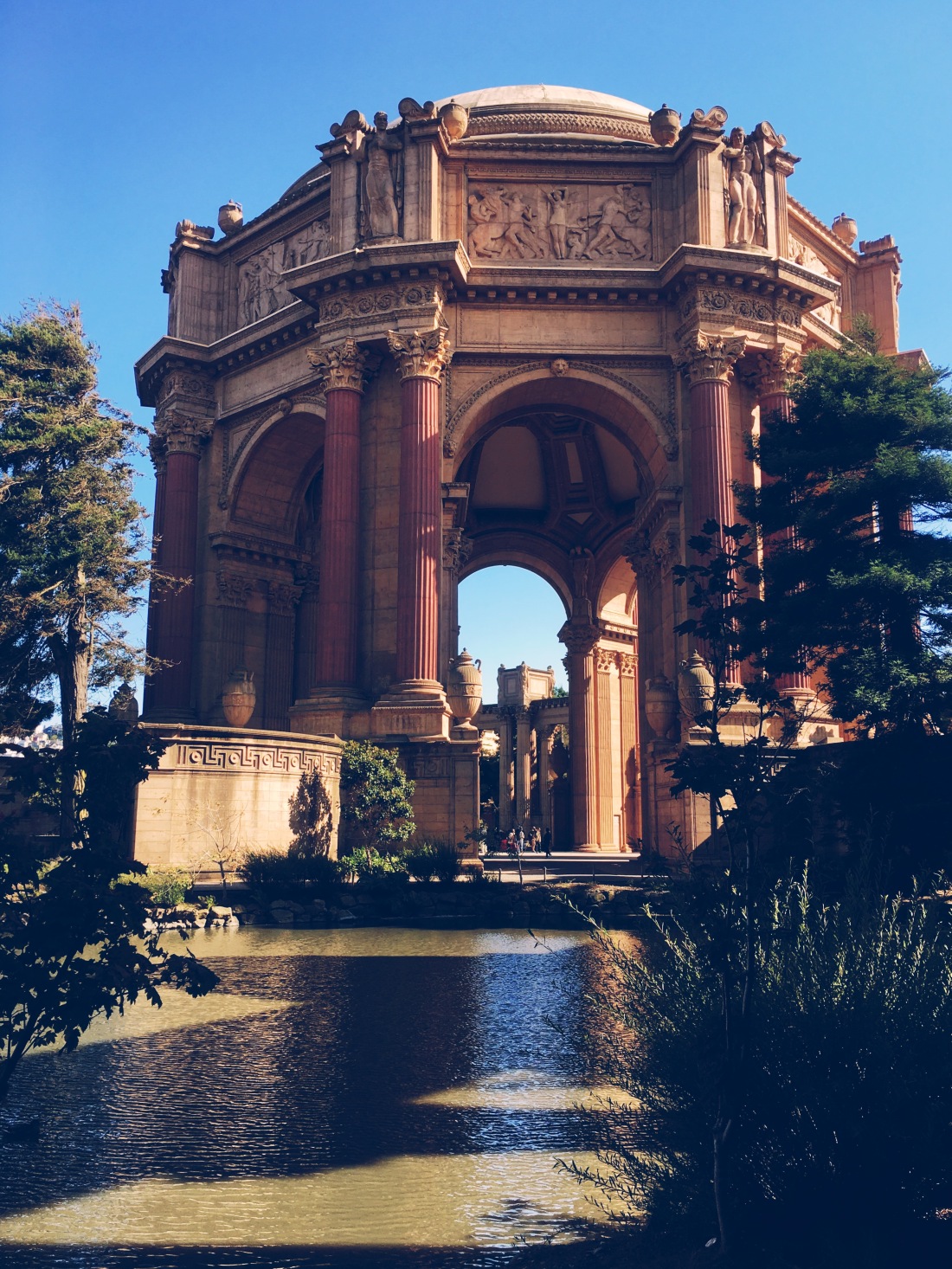 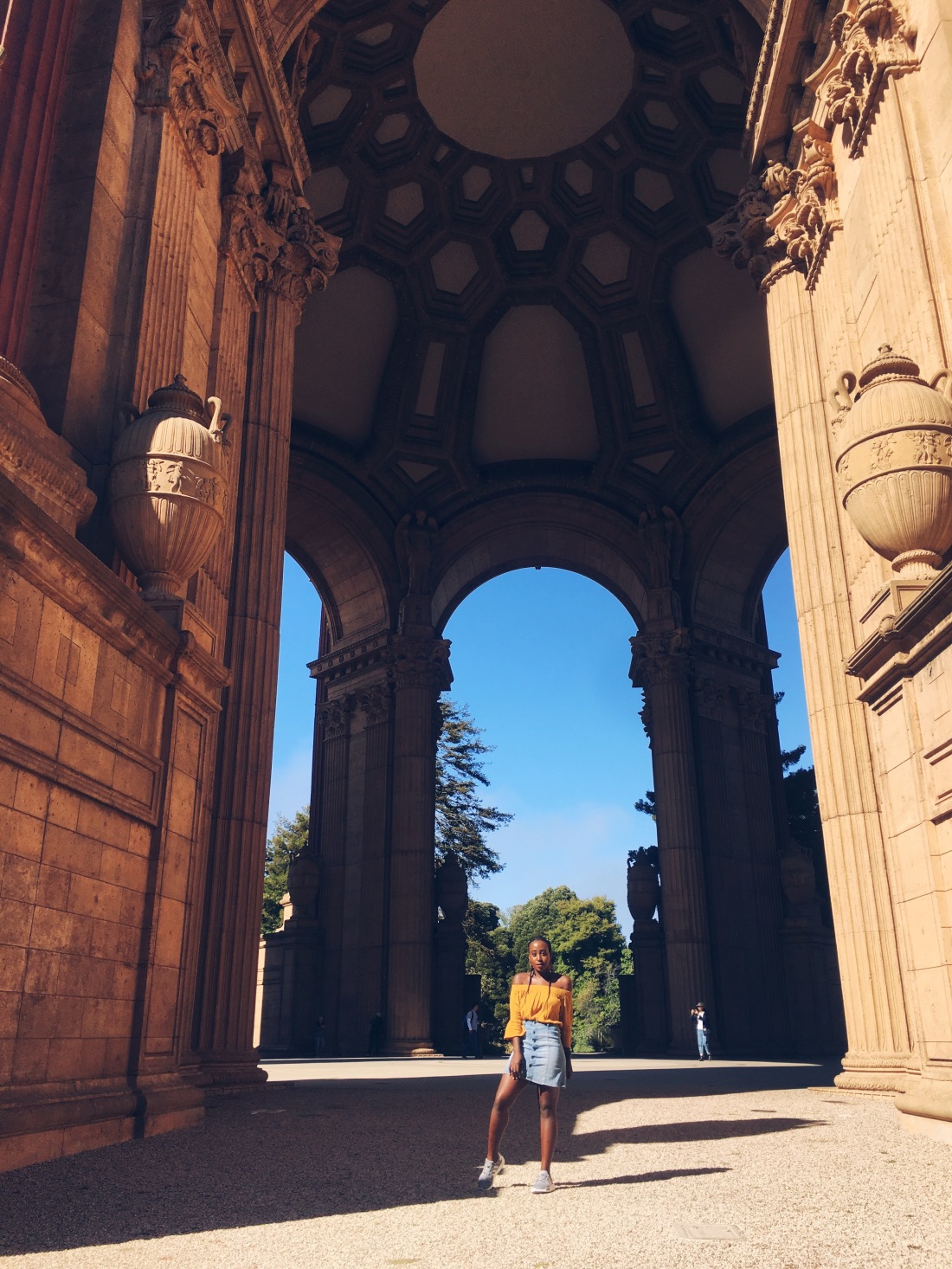 Ghirardelli Square: Chocolate. I imagined Ghirardelli square to be the home to stores filled with chocolate in all of its forms; liquid, solid, powder… but instead, I found an old large Ghirardelli sign facing Fisherman’s Wharf, and a small, barely there Ghirardelli shop with a long line of people waiting to pay too much money for branded merchandise. I joined this line of people. I walked out with a bar of chocolate and a cup of drinking chocolate (fancy term for hot cocoa), none of which I needed to buy from there. However, the chocolate put me in a good mood. 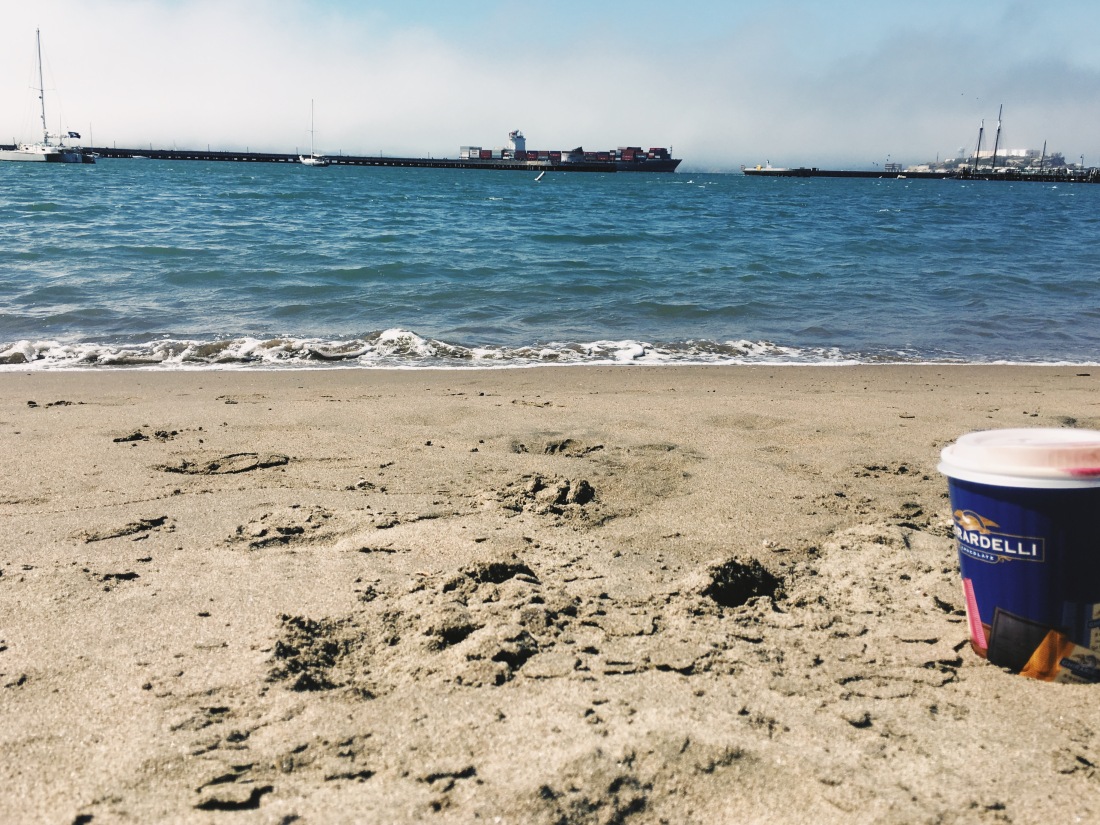 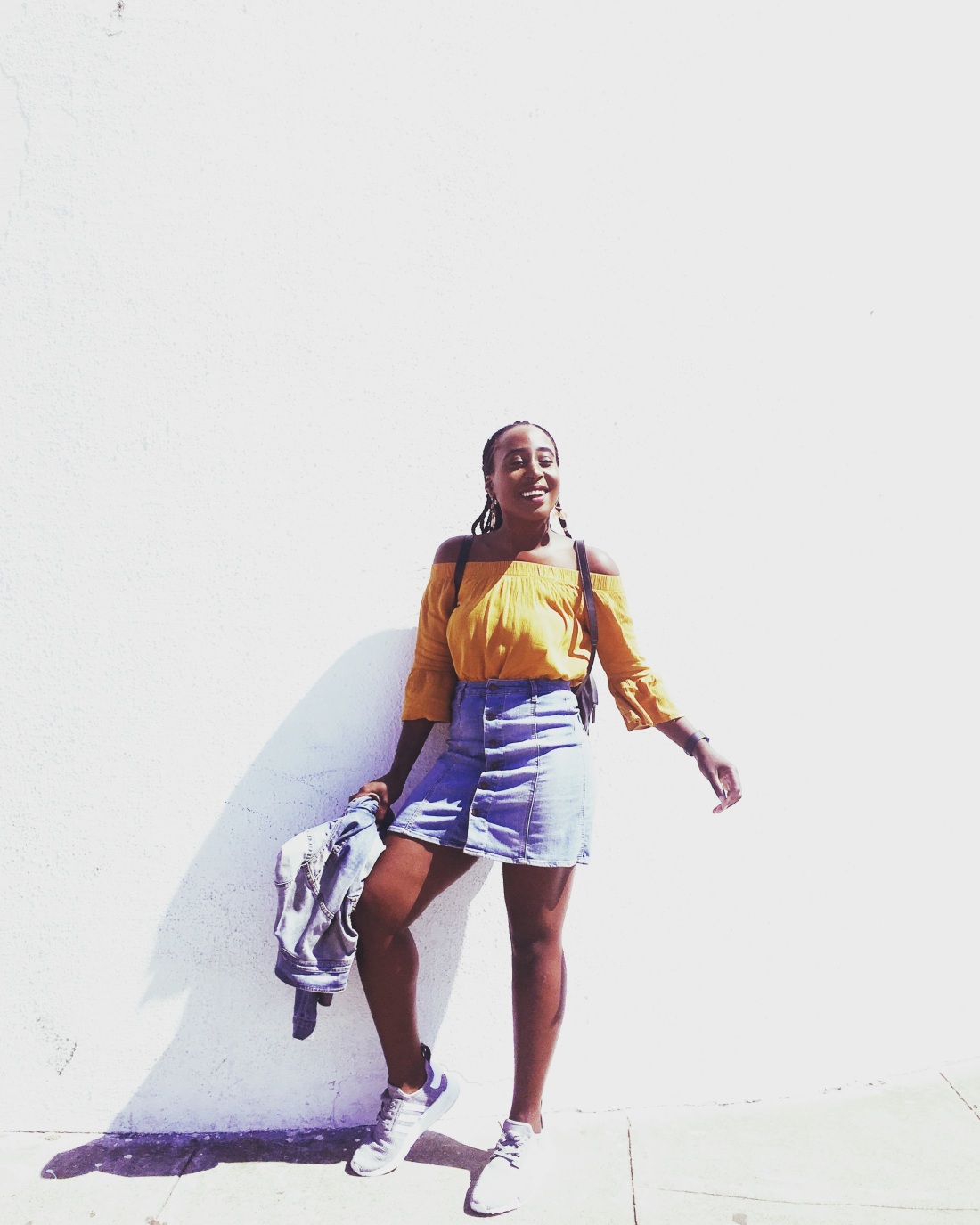 The Coastal Trail: Sea breeze. If I’m going to spend time outdoors, I prefer to do it during the day because I’m less likely to be eaten alive by insects – I think. I stopped to listen to the sea, prompted by a short illustrated story on the trail, a stranger shared binoculars with me so I could see a humpback whale and realize that there are things in my life I didn’t know were missing. I walked out to edges of small cliffs overlooking the fog-covered waters of the bay and thought -more than once- about what it would feel like to jump straight in. I finished the trail and sat on a bench facing the nearest beach. Waves ended in a thick line of white near the sand. There wasn’t a single body in the water. It was probably too cold.

The end of the trail at lands end opens up into a residential area. Most houses were decorated with roses. 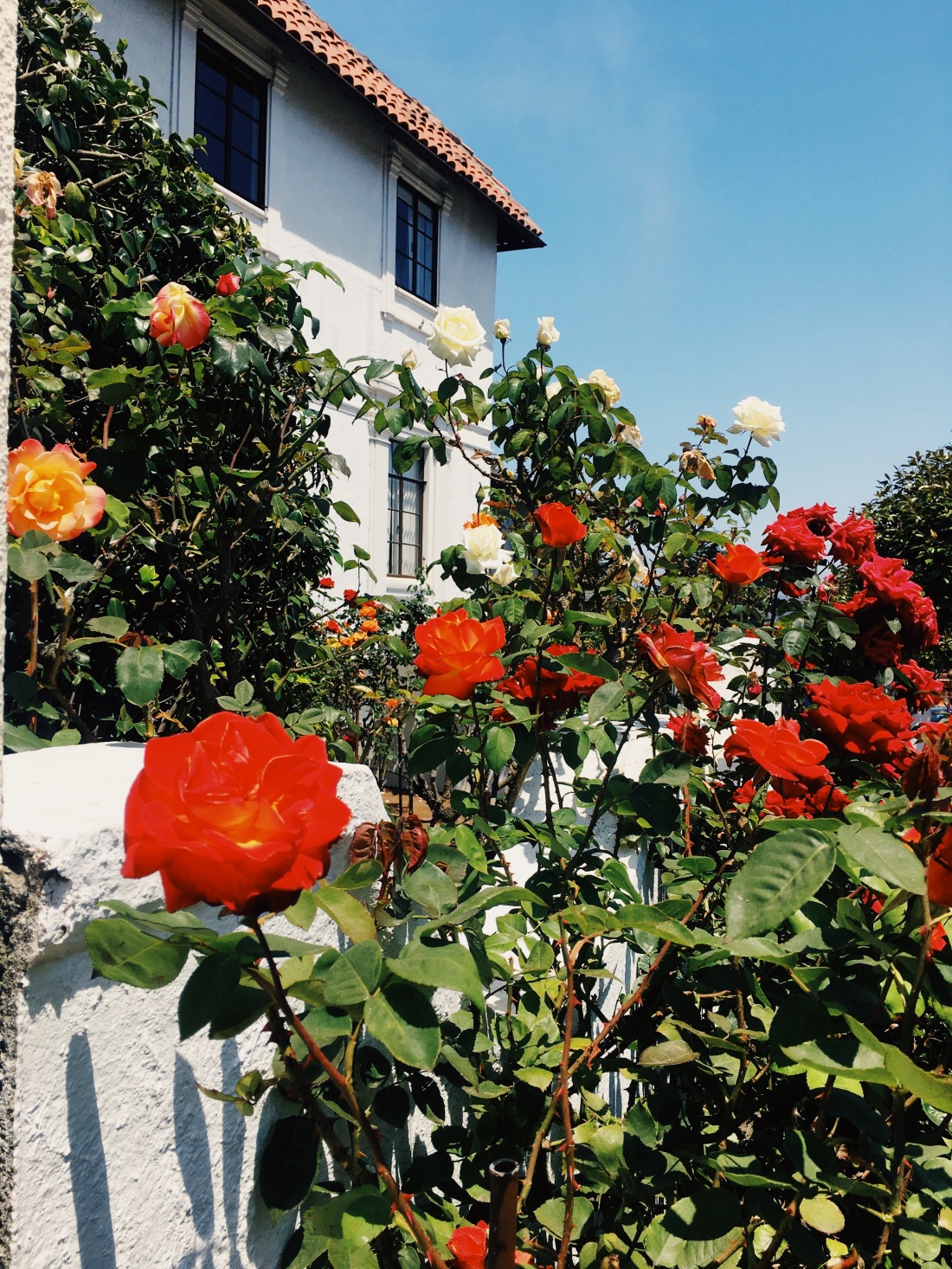 Evoked a sense of calm.

China Town: Lost. I found myself in Chinatown without meaning to. It’s busy here, like an outdoor market; with fruit stands out in the open, small grocery stores, florists, and restaurants. I suddenly remembered that I wanted to try dim sum, or I decided to try dim sum because I found myself in Chinatown – one of the two. A quick google search and 7-minute walk later, I was eating Chinese food I could barely pronounce and drinking jasmine tea in a small restaurant called Hang Ah Dim Sum Teahouse. They gave me an entire pot of tea as opposed to just one tiny teacup (how amazing?!) & the dim sum was delicious.

New Orleans was my favorite U.S city I visited this year until San Fran came and knocked it down to second place. What do you think of the city? Leave me a comment & any questions you have too.

7 thoughts on “ My Californian Summer: The Final Part ”