Taste it or Leave it : A Coca-Cola Story

“There’s something about the Fanta in Nigeria, it’s sweeter as if sugar cane was used to sweeten it; the Fanta here [in the U.S] doesn’t taste as sweet”. These words are from a conversation I had with my cousin years ago. It was the first time I had ever considered that the Fanta I drank in Florida tasted different in Nigeria. I thought Fanta was the same everywhere; I never noticed nuances in its taste. Packaging, definitely, but not taste.

It’s been 4 years since I opened a soda bottle and drank from it. In a bid to consume less sugar, I stopped drinking soda. It wasn’t difficult. A cold glass of coke was hardly ever my first choice for a refreshing drink. I always preferred the taste of juice (which I stopped drinking too), but I was curious to try the soda flavors at Atlanta’s World of Coca-Cola. They have over 100 flavors from around the world, so I mentally prepared myself for a sugar rush that never came. 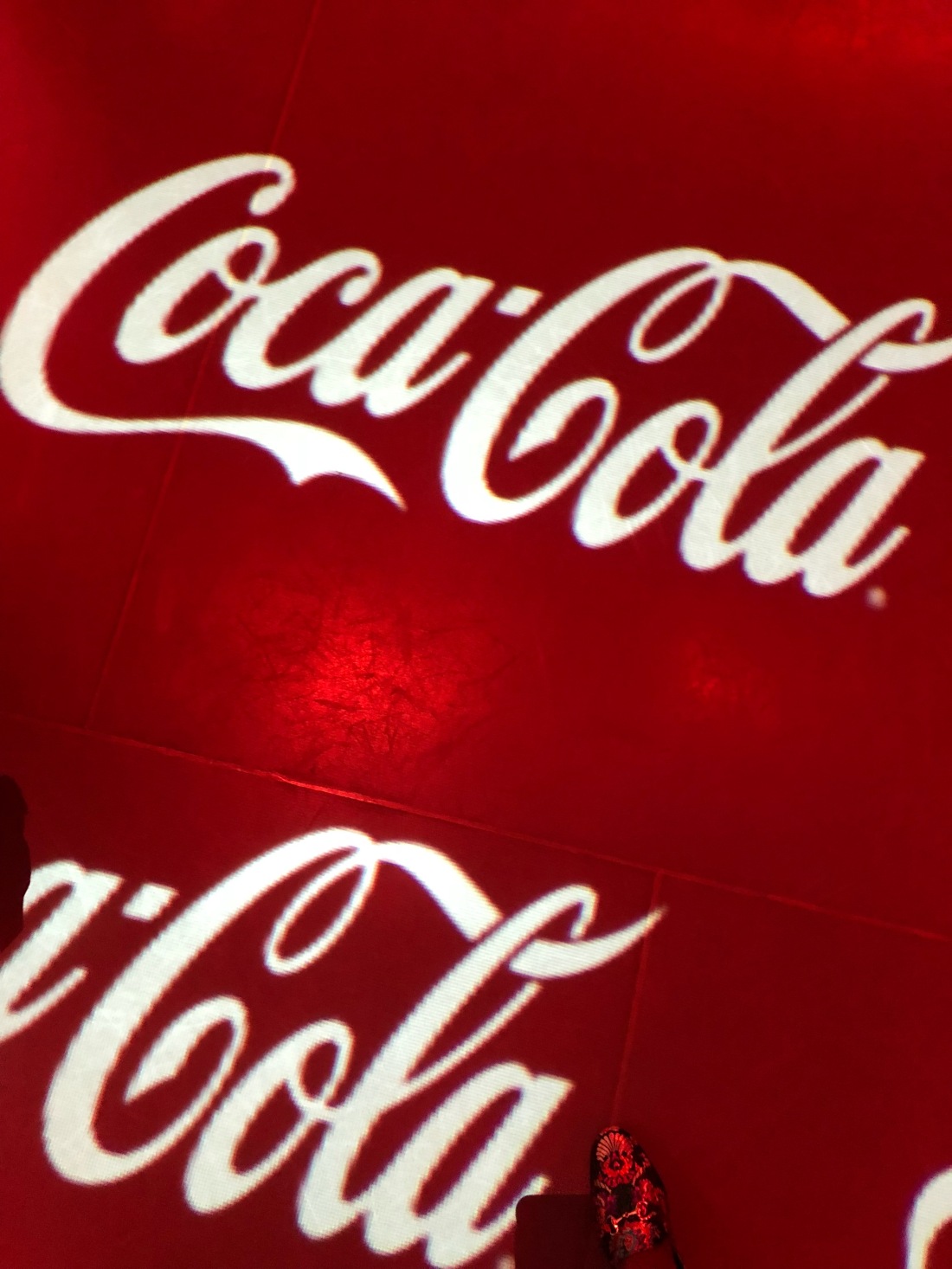 We walked into the Taste It! room after our tour of “The Vault” which supposedly holds the secret ingredient in Coke. I’m certain it’s simply sugar, but I’ll play along with the façade. 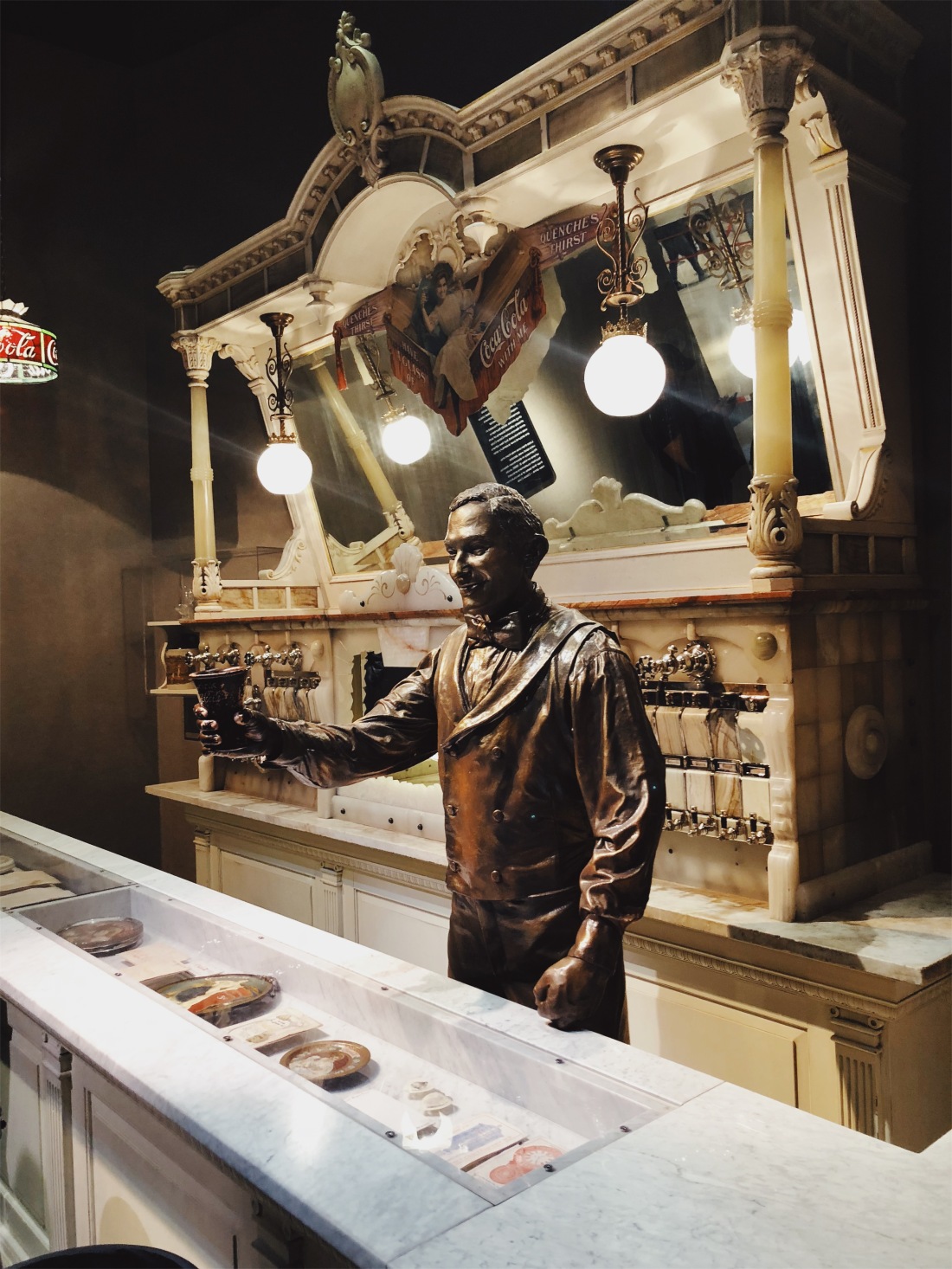 Hanging from the ceiling was a conveyor belt of coke bottles in a room with red soda dispensing machines categorized by continent. My first stop was the section dedicated to Africa because it was one of the few areas not crowded with people. It was also my last. We visited about 1hr before closing, as did the rest of Atlanta, it seemed. 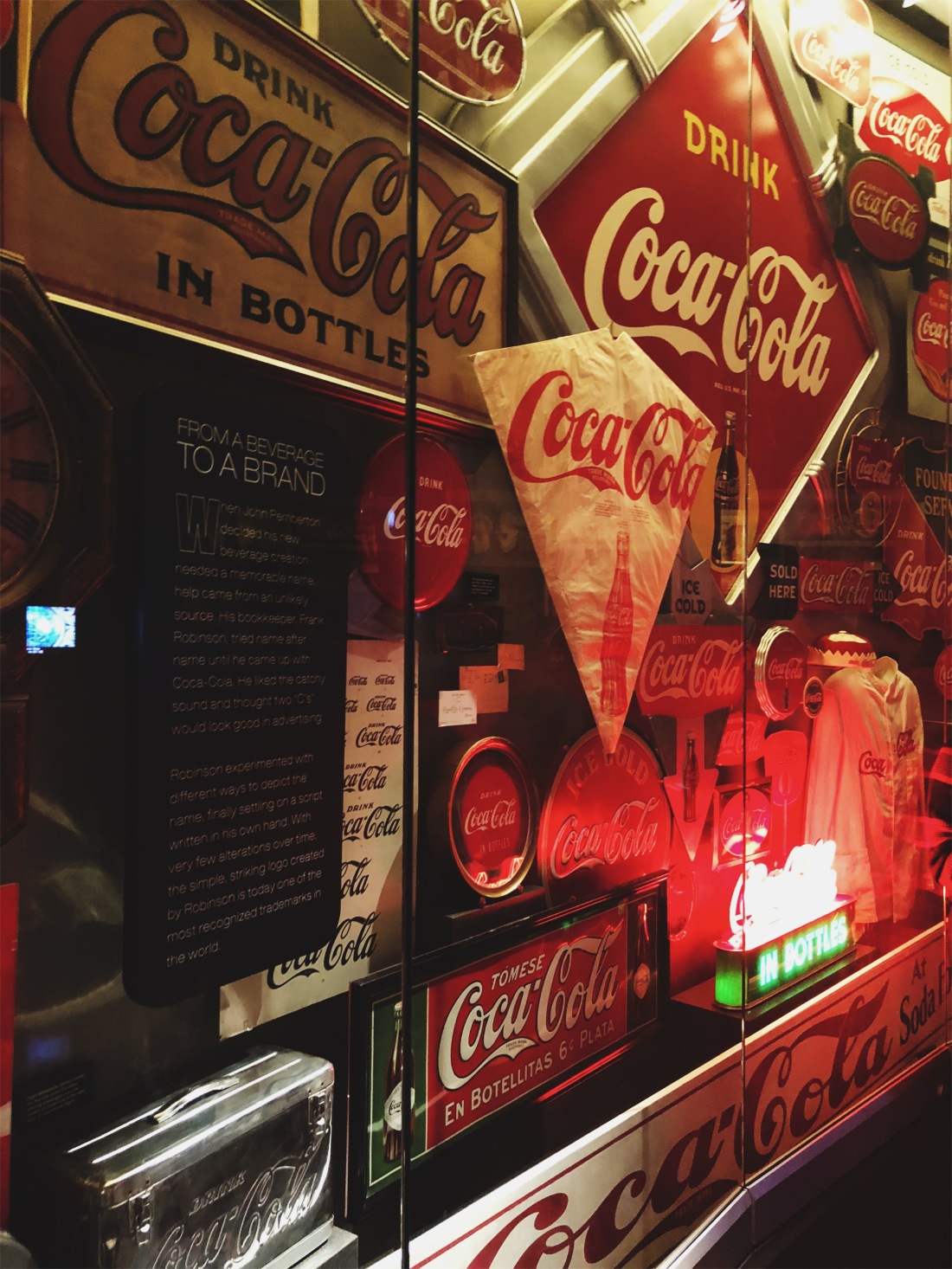 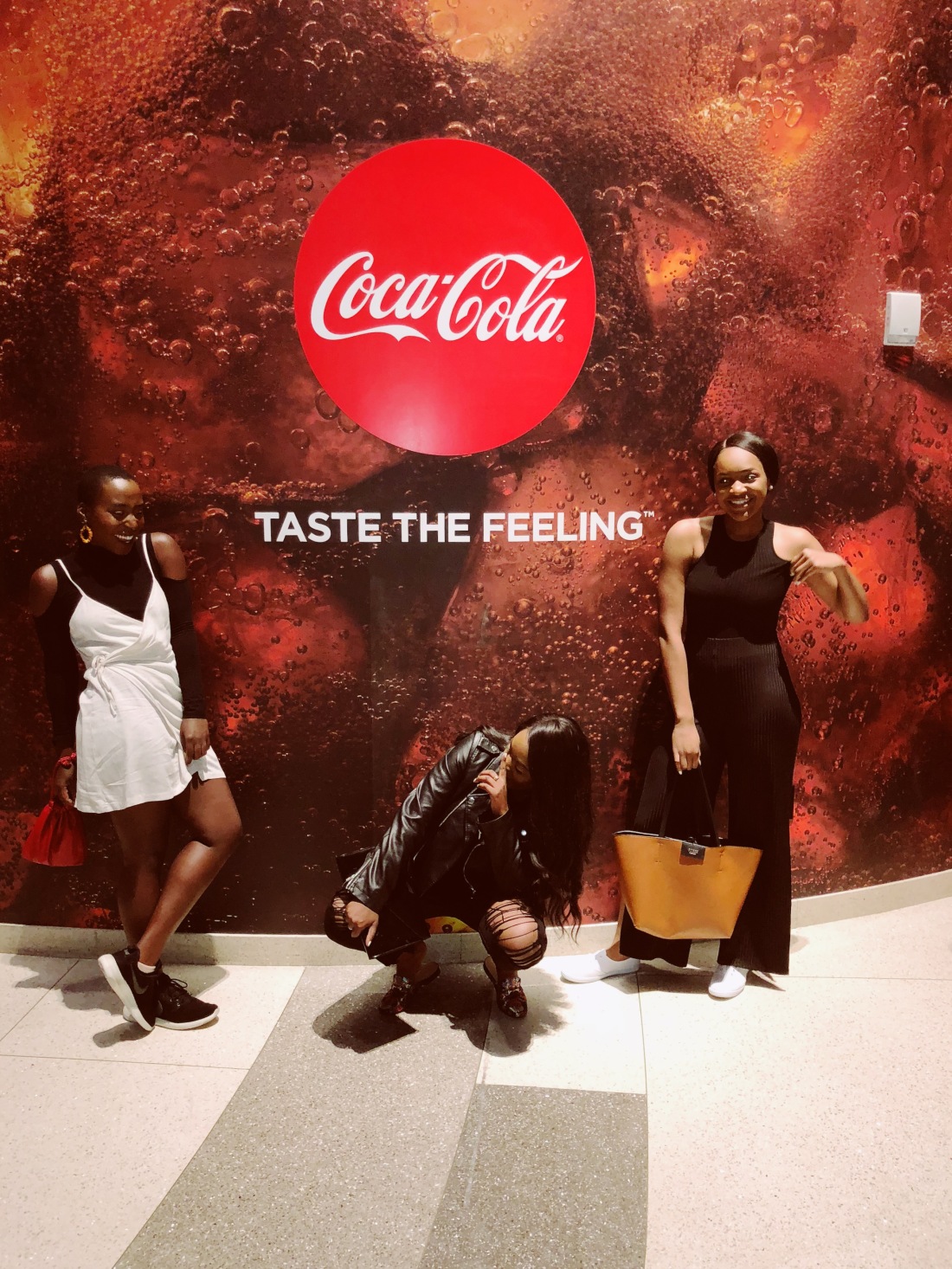 Unwilling to maneuver the crowds, I settled for drinks from Uganda (Fanta Exotic which was not fun to drink), Zimbabwe and my home country, Nigeria. Despite the fact that I didn’t enjoy it, the Fanta from Uganda was the sweetest, maybe too sweet. Like the Fanta Exotic, there were other new drinks whose names I had never heard of like Bibo from South Africa and Sunfill. As I write this, I wish I had tried more flavors + compared Nigerian-made Fanta to U.S-made Fanta, but the number of people trying to do similar things easily deterred me. I tasted 3 out of a possible 100. Poor. 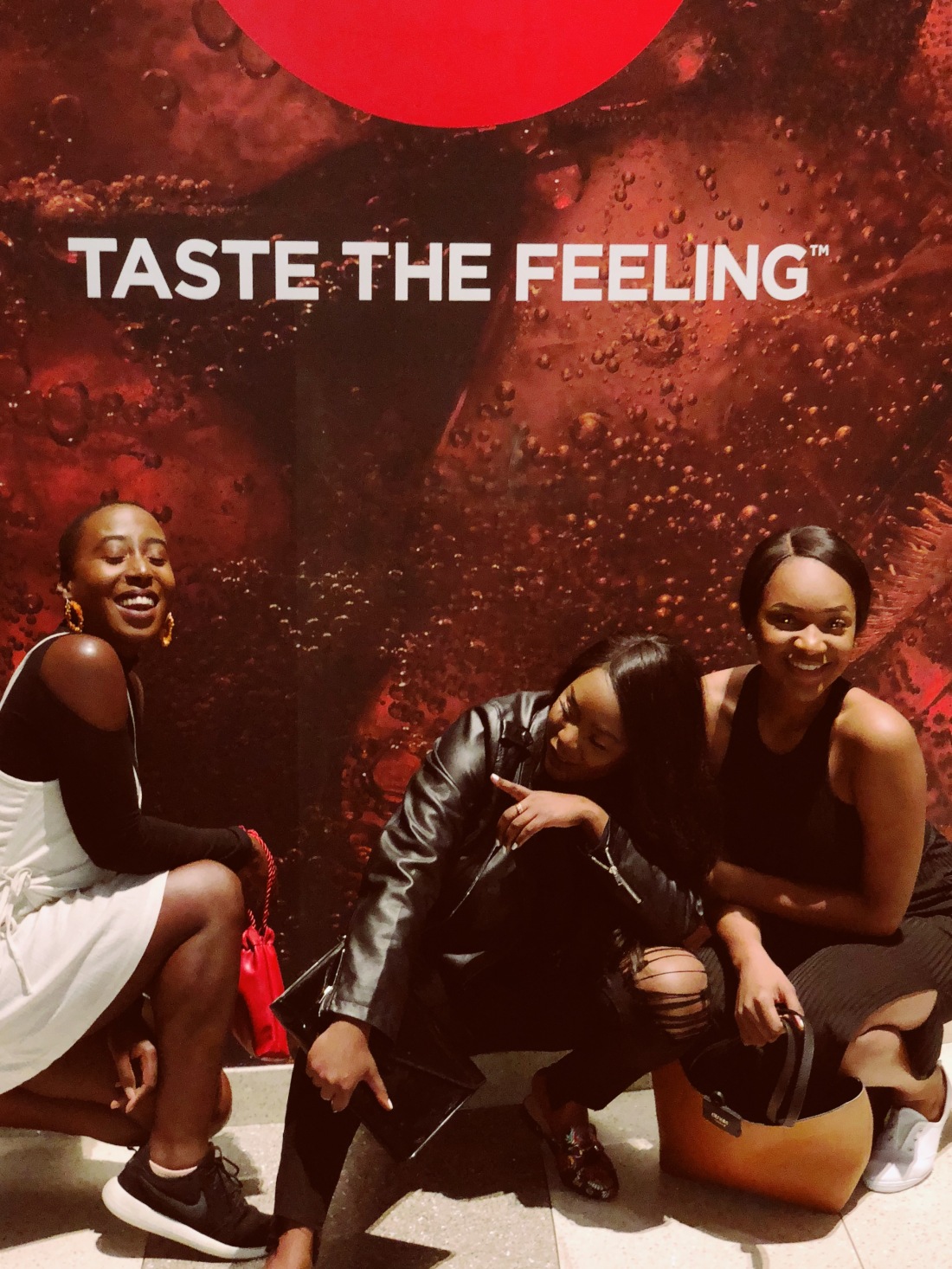 Should you get the chance, visit World of Coca-Cola at off-peak periods. Google shows the peak times for a location so you can work with those times to maximize the $17.00 you’ll spend on a ticket. For me, the Taste It! room is what makes World of Coca-Cola worth it.

We left the tasting room, walked right through the gift shop stocked with red and white merchandise in the colors of Coca-Cola, and out into the chilly street. Some people would have gone home with knick-knacks – a white polar bear wearing a red scarf, a red branded sweatshirt, a bottle of coke – but on that night, we were not those people. Empty-handed, we got into an Uber to meet with a friend for dinner at Little Lagos where we had the most delicious Nigerian food. The spicy taste of Jollof rice, Ofada stew, peppered snails, and suya made me nostalgic for home.

Have you been to World of Coca-Cola? If you visited the Taste It! room, what flavors did you try & how did you feel about them? Talk to me with a comment!

This post wraps the Atlanta series but it [hopefully] will not be the last time I write about the city. Thank you to my amazing travel crew for a fun four days in Atlanta. I’m looking forward to future adventures!

thank you for reading.

If you liked this travel story, subscribe below for new ones weekly.

All photos shot & edited on iPhone 8+

Get $40 off your first stay with Airbnb